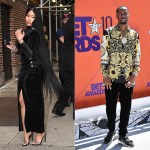 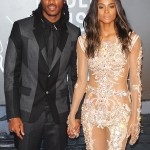 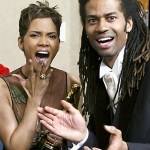 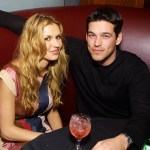 As Nicki Minaj and her ex, Safaree Samuels’ feud rages on, he’s now hitting her with abuse claims and other bombshell accusations! In a series of angry tweets, Safaree recalled a night Nicki allegedly ‘cut’ him and he covered up for her to police!

Nicki Minaj, 35, and Safaree Samuels, 36, and embroiled in the one of the most scathing rap feuds we’ve seen in a long time! After Nicki blasted her ex of over a decade in an interview on August 14, he’s now firing back in a series of vicious tweets! — He’s calling Nicki out for alleged abuse, where he claims she once cut him so bad he had to be taken out on a stretcher. And, when police allegedly showed up, he claims he covered up for her and said he attempted to kill himself, just so she wouldn’t get arrested!

Safaree went on peddle back on his original claims that he wrote “100%” of Nicki’s raps while they were together from about 2002-2014. Back in 2017, he told Wendy Williams, 53, that not only did he pen he rhymes, but he was never paid or even given credit. However, now, he says he never made that claim. Safaree’s Twitter rant is in response to Nicki’s Hot 97 interview, where she alleged he stole her credit cards and paid for prostitutes while they were dating. — Check out all of his tweets, in order, below!

“Unless I really cared still I could not let the mention of someone’s name get me that riled up. That looks like some1 who either stlll cares or just holding on to a lot of hate towards someone. How many times have I said I never wrote ur raps? Nobody even talks about that anymore”.

“You hold on to everything. your problem with Dj self is because me and him are so cool and nothing else. You have a problem with mona Scott because she put me on the show. let all that ish go. And now I stole your card? The 1 you gave me he pin for and had me doing ish with?”

We know each other inside out. Everything there was for us. I didn’t use your card for prostitutes. We both didn’t trust each other. You did shit I did shit. You said you were messing with meek a few years b4 y’all got together and I’m not mad at that.

“Towards the end it got toxic and I just packed up and left. I did things for spite and so did you. I don’t wish you bad and I don’t want us back together just like I’m sure you don’t. I don’t need you you don’t need me but we will always be linked in the public no matter what.”

“Remember the night you cut me and i almost died the police and ambulance had to take me out the crib on a stretcher and I had to lie and tell them I was trying to kill myself so they wouldn’t take you to jail. When things like that start happening more Than once it’s time to dip.”

“And you know what I still don’t have no hate for you cuz I’m happy in my own mind now. Enjoy your album dropping. And stop letting these ppl see you sweat. This ain’t you. You too big to act the way you be acting. No1 on ur level acts like that. Period.”

“You wanna shut ppl up go on funk flex and rap. No1 goes to funk flex to do interviews. You Suppose to be up there doing this”.

You wanna shut ppl up go on funk flex and rap. No1 goes to funk flex to do interviews. You Suppose to be up there doing this pic.twitter.com/IULrHDVwUJ

“So what if @djenvy and @djself support me they support you to.. I’ve been places and they play your music allll the time. Stop letting your hate for me reflect on how you treat others. You hate me I love you and want you good but I don’t like you looking like your losing it!”

“How was I begging to go to Europe with you and you were in a full blown relationship towards the end of ours? I knew it a wrap. I still have the email when you hit me saying let’s spend Christmas together and work things out so please stop.”

“I thought you were gonna zen and cleanse your mind and body what kind of zen is this .. what in the zen sorcery is going here.”

“1st off Me and tyga didn’t go to the same dr. We did it the same day. Diff doctors . Listen I don’t know if this has to do with 1st week sales but you need to finish your zen. And don’t talk about vh1 checks cuz the way you’re acting it’s like your auditioning to be on LHH”.

“At least y’all know I was trying to keep my nudes to myself now. Some1 was trying to leak my di%^ pic for years and ive been trying to stop it forever. But is this suppose to be your promo run? I’m flattered that you feel talking about me can help. I can’t believe ur still mad.”

“It’s about to be 5wholeee years. There’s no way I could hold on to something that long. You can front all you want you’re not happy. Don’t talk about my Big D–k swinging in the shower video no1 knows about that 1”.