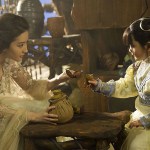 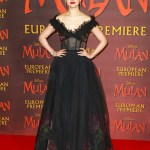 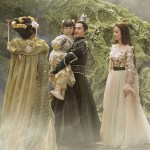 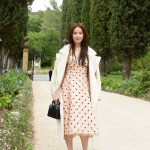 Liu Yifei has arrived! Disney released the first image of the actress as Mulan and IT. IS. POWERFUL! See it here and check out 5 fast facts about Liu Yifei!

Meet Mulan! Disney just released the first image of Liu Yifei as the film’s heroine Hua Mulan on Monday, August 13! To mark the first official day of production on the new live-action film, Disney showed the actress looking powerful and strong with the its first look. The film is set for release in 2020, however, you may want to get to know Liu Yifei now because she’s going to be Hollywood’s next big name! — Here’s five facts about her!

1. Liu Yifei is a Chinese-American actress, model singer and dancer. — Yes, she’s a triple threat and then some. She was a child model and began taking TV roles at the age of 15, while attending the Performance Institute of Beijing Film Academy. Liu signed with Sony Entertainment in Japan in 2005. She later released her first Japanese single “Mayonaka no Door” with Sony Music on July 19, 2006, followed by her debut album, Liu Yifei, the very next month. Oh, and she can play the piano.

Liu made her film debut in 2002 when she starred inThe Story of a Noble Family. She most recently starred in the Chinese fantasy romance film Once Upon a Time. And, believe it or not, Mulan isn’t her first Hollywood gig. Liu appeared in The Forbidden Kingdom (2008) alongside Jackie Chan and Jet-Li and Outcast (2014) with Hayden Christensen and Nicolas Cage. In December 2017, it was announced that she will star in the upcoming fantasy mystery television series, Records of the Southern Mist House, marking her return to the small screen for the first time in 12 years. 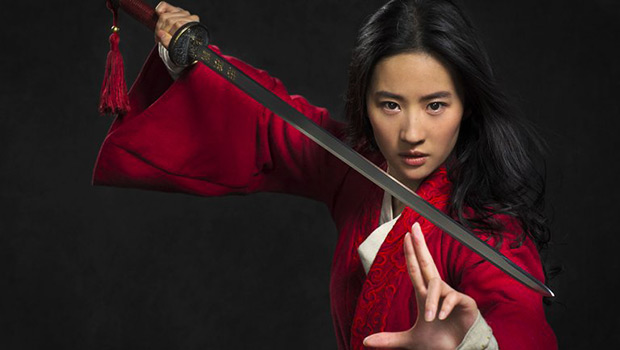 Disney releases the first photo of Liu Yifei as Mulan in the upcoming live-action film on August 13, 2018. The film is set for release in 2020.

2. It took a year-long search for Disney to find its perfect Mulan. — Liu was cast for the film in 2017.

4. She is part of an IT couple! — Liu has been dating Korean heartthrob Song Seung-heon since 2015. The two met and began dating shortly after they co-starred in The Third Way of Love.

4. Liu is known as “Fairy Sister” in the entertainment industry. — As for why that is? She is widely known for her sweet and delicate persona, which gave her the interesting moniker. Some say it’s because she looks “innocent,” however, she doesn’t like to this that way. In an interview with Cosmopolitan Korea, she explained: “Honestly, I think there are many celebrities out there who are prettier than me. As an actress, it’s not only about looking good on camera, but being able to deliver the right emotions for the characters you play. This makes you more attractive on the screen. That’s why I focus more on acting rather than my appearance.”

5. She has quite a few names and is fluent in English. — Liu, whose birth name is An Feng, also uses the name Crystal Liu. Liu is fluent in English, and she actually lived in Queens, New York, from age 10 to 14. Her father, An Shaokang, is a 1st secretary in the Chinese Embassy in France and a French language university professor. Liu’s mother, Liu Xiaoli is a dancer and stage performer.