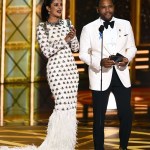 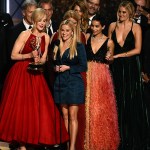 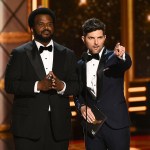 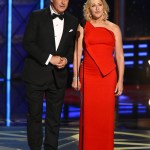 From car crashes to drowning scenes, stunts have an important role in storytelling. Award-winning stunt coordinator Cort Hessler discusses the feats his team has pulled off in the fives seasons of NBC’s ‘The Blacklist.’

Without stunts, TV and films, would struggle to tell a believable story and captivate an audience. Of all the shows on TV right now, The Blacklist is filled to the brim with electrifying car chases, epic fight scenes and, of course, that heartbreaking car drowning in the end of season 5. Of course, behind the scenes, these are carefully choreographed stunts that, when portrayed by talented stuntmen and stunt coordinators, not only are insanely entertaining, but add to the storyline. “When you watch a stunt sequence as the audience, I think if you can get them at the edge of their seat, thinking as though they’re real people going through a real life situation, in a very dangerous way, I think that’s what sets it apart,” renowned stunt coordinator Cort Hessler told HollywoodLife.com of The Blacklist‘s Emmy nominated stunting. “Let’s keep it real, let’s do real action.”

Cort is currently up for the Emmy for his excellent stunt coordinating in The Blacklist, in the Outstanding Stunt Coordinator, Drama Series category — this is his fifth nomination for the series! “You want to believe that character is going through the situation they’re going through, and stunts allow that to happen,” he explained. “The shows that just bypass it and they show you just before the action and then just after the action, it takes a really big piece of that character away. I think it’s how we build likeability for somebody or hatred of somebody. If they hurt somebody, and you’re actually seeing it, you don’t have to just imagine what happens, you can see it and feel it inside.”

In The Blacklist, viewers can literally feel the perfectly placed punches, the anxiety of water filling a car, and the jolt of a car spiraling mid-air. When it comes to creating those scenes, Cort is an absolute pro, but added that “when stunts don’t go exactly as planned they end up being the best ones.”

Be sure to watch The Emmys on Sept. 17, 2018 and come back to HollywoodLife.com for all the coverage!