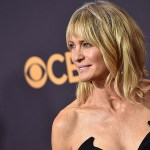 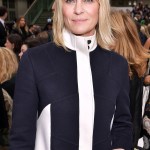 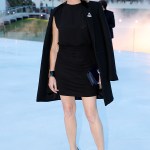 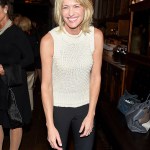 They’ve kept their romance very low-key and now it seems that – after 11 months of dating – Robin Wright, 52, has married her boyfriend Clement Giraudet. The House of Cards star and her hunky French beau, reportedly wed in his homeland on Aug. 10. Vogue Paris broke the news and – although the actress and the VIP relations manager have yet to confirm it – on Aug. 12 her daughter Dylan Penn shared a video of guests partying in La Roche-sur-le-Buis and the bohemian bash, which featured live music, looked amazing. The 27-year-old captioned the brief clip, “Weddin [sic] vibes.”

While Robin and Clement may be remaining tight-lipped a pal has spoken out to PEOPLE, saying the ceremony was “intimate and low-key.” The person added, “Robin wanted it to be about them, not a big production.” Vogue Paris shared even more details claiming the actress wore a “bohemian lace wedding dress perfect for dancing the night away.”

Robin and Clement first stepped out as a couple during Paris Fashion Week in September 2017. Her beau is reportedly two decades younger than her, but it isn’t the first time The Princess Bride star has fallen for a much younger man. In 2015, she called off her engagement to actor Ben Foster, who is now 37.

If Clement has become Robin’s third husband it would be no surprise to eagle-eyed fans who spotted her wearing a ring on her wedding finger in the fall when paparazzi caught them in a rom-com-worthy smooch in the middle of a Paris street.

They say third time’s the charm and hopefully this is for Robin who divorced actor Sean Penn in 2010 after a rocky 14 years together. She was also married actor Dane Witherspoon from 1986 to 1988. In addition to Dylan, the actress has a son Hopper Penn, 25, with Sean. As for Robin and Clement we’re sending them our best wishes!