Paris Jackson reveals she had surgery to remove an abscess she says was ‘almost the size of a golf ball,’ on August 10. The model described the emergency surgery as the most pain she’s ever been through in her life.

Paris Jackson, 20, had a bit of a health scare on Friday, August 10, when she revealed doctors had to immediately perform surgery to remove an abscess. “So long story short, I had surgery yesterday,” the daughter of the late Michael Jackson revealed on Saturday (August 11), in a video posted on her band’s [The Soundflowers] Instagram story. The model and singer revealed she had “an abscess that was almost the size of a golf ball.” She went on to explain to her followers that if an  abscess pops, “you can go septic and die.”

However, Paris eased the minds of those concerned, reassuring fans, “But I didn’t die,” adding that doctors “operated immediately.”  Paris also revealed that the abscess removal “was definitely the most pain that I’ve ever been through in my entire life.” She even put things into perspective when she pointed out that seeing as she’s “covered head-to-toe in tattoos,” her remark was really saying something about the surgery. And, believe it or not, Paris underwent the entire procedure fully awake!

Paris went on to admit that although doctors advised that she should have been under anesthesia for the surgery, she declined and “was awake for all of it.” Despite the pain from the procedure, the young star still managed to hit the stage the very next day (Saturday), to perform with her band, The Soundflowers. The group — which includes her rumored boyfriend, Gabriel Glenn — performed at Canyon Sessions, a fundraiser for the organization F–k Cancer. Paris later posted videos from the performance to her Instagram page. 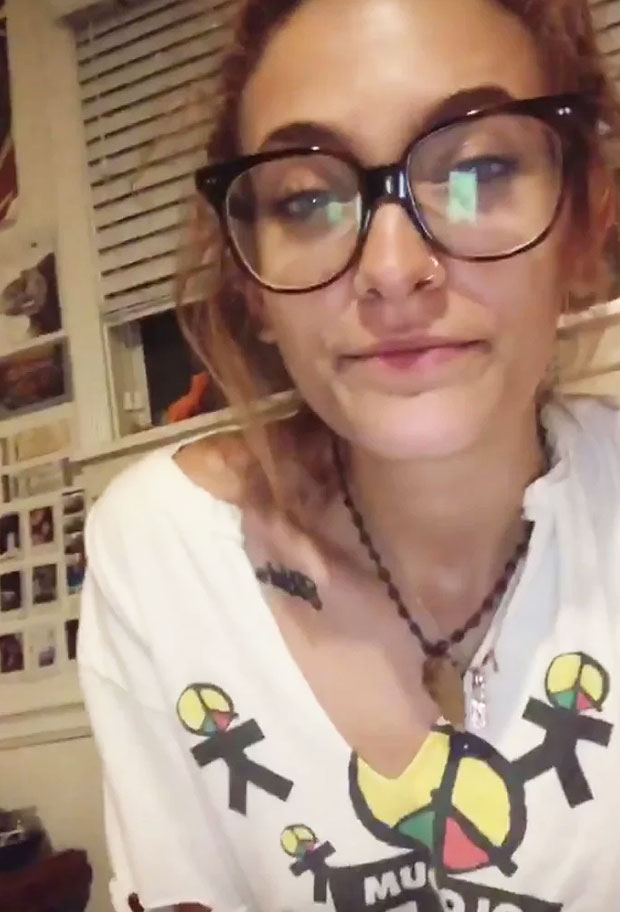 Paris Jackson posts to her band’s Instagram [The Soundflowers] account to reveal she had an abscess almost the size of a golf ball removed on Friday, August 10, 2018.

“We played a show today, and we didn’t completely suck, and my f–king grandma was there, and I’m so relieved that she didn’t hate it, that she actually liked it. And, I don’t know, that means the world to me,” Paris later gushed. She continued: “Also sorry if i sound weird, I’m on a lot of meds right now to kind of get me through the pain of the procedure. I shouldn’t have even left bed today.”