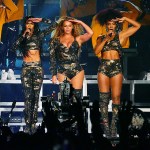 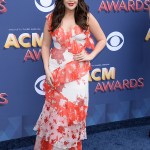 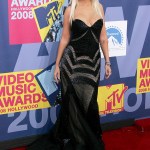 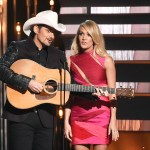 How do they do it?! Beyonce, Cardi B, Gwen Stefani and more musical icons have jumped right back on stage after giving birth, and they look better than ever!

These celeb moms are absolute goals! From carrying a baby for nine months to giving birth and then getting back into shape and taking the stage once more, we we rounded up the hottest musical queens showing off their post-baby bodies! Of course, hot mama Beyoncé gave birth to her twins Rumi and Sir in June 2017, and then just 9 months later, got into tip-top shape and SLAYED the Coachella stage. Rocking tiny high-waisted shorts, tiny bedazzled leotards and a sexy camo outfit during her performance, Bey looked seriously amazing! The mom of three recently got real in Vogue about her body-after-baby, especially after enduring a C-section for her second pregnancy, writing, “During my recovery, I gave myself self-love and self-care, and I embraced being curvier. I accepted what my body wanted to be.” “To this day my arms, shoulders, breasts, and thighs are fuller. I have a little mommy pouch, and I’m in no rush to get rid of it. I think it’s real. Whenever I’m ready to get a six-pack, I will go into beast zone and work my ass off until I have it. But right now, my little FUPA and I feel like we are meant to be,” she added. LOVE that.

Another new mama who is embracing her curves and, as always, showing tons of self-love is Cardi B. The mom to Kulture showed off her twerking booty on Instagram, in the first look of her post-baby body since giving birth on July 10th. “I know you prefer to touch what you see,” the “Bodak Yellow” singer captioned the sexy video of herself shaking her booty. The new mom rocked a pair of loose-fit cargo pants, a bright orange sweatshirt and her hair in braids as she showed her fans that she still got it! Okurrr! Cardi B is only taking notes from the incredible, musical moms before her, like Gwen Stefani who bounced back quickly after every child she has had! The mom of three was typically back on stage with No Doubt, or solo, just a month or two after giving birth and she always had a new-mother glow! Christina Aguilera also showed off her post-baby bod on a number of occasions after giving birth to both of her kids, Summer Rain and Max Liron! The “Beautiful” singer rocked a curve-hugging white gown to the 2015 Oscar after-party, just a few months after giving birth to Summer Rain, and she looked better than ever.

Another mom who impressively was back in the spotlight after the birth of her first child was Carrie Underwood. After she had her son Isaiah in 2015, Carrie returned to the stage four months later with her taunt figure back in tact. Then, just eight months later she hosted the CMT Awards with Brad Paisley and wore a plunging orange dress, looking more fit than ever. Now, the country songstress is pregnant with her second child, and plans to go on tour next summer — so we’re anticipating she’ll be rocking that awesome post-baby bod throughout her tour, too! Click through this link to see photos of all the amazing musical moms showing off their post-baby bodies!