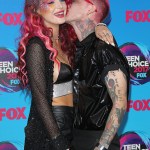 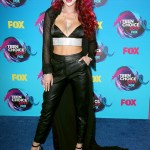 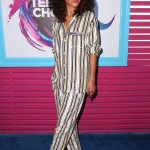 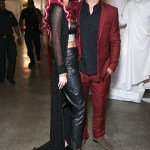 With five nominations, it’s hard to believe that Ariana Grande wouldn’t be on hand to accept her surfboards should she win at the 2018 Teen Choice Awards. So will she make the show?

Ariana Grande‘s got a lot going on in her life right now: a new album dropping, a wedding to plan, a show-stopping performance at the MTV Video Music Awards on Aug. 20. It stands to reason then, with all of that going on, Ariana’s schedule just couldn’t allow her to make it out to L.A. to attend the 2018 Teen Choice Awards on Aug. 12. In fact, HollywoodLife.com confirmed the news with her team, who said she wouldn’t be able to make it, despite being up for some of the biggest awards of the night. Of course, that’s not to say she won’t have recorded a little message for her fans, in case she wins one of her 5 nominations, which include Female Artist and Summer Music Star: Female. We’ll just have to wait and see!

But like we said — Ariana is pretty busy these days. She’s days away from releasing her fourth studio album, Sweetner, which fans have waited two long years for. While she’s announced a handful of small, intimate shows to go along with the release, she has not announced a world wide tour, which may be do to the fact that she’s yet to pick a wedding date to marry her SNL sweetheart Pete Davidson.

The singer and comedian were first link back in May, just after her split from Mac Miller, 26. After just about two months of dating, Pete proposed to Ariana with a massive diamond ring in early June. The custom-made diamond, made by Manhattan-based jeweler, Greg Yuna, ran Pete around $93,000. Now, that’s love!

Ahead of their bombshell engagement, the new couple shocked fans even more when they got matching tattoos of small clouds on their fingers, according to fans. Pete also has two other tats in honor of his fiancée. — First, he got the bunny ears inked behind his ear to symbolize the cover of her 2016 album, Dangerous Woman. Then, Pete tatted Ari’s initials on his thumb. Talk about this romance being the real deal!