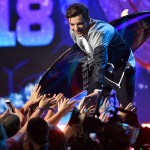 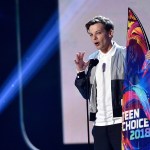 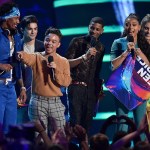 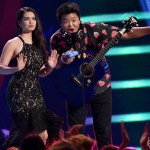 Evvie McKinney lit up the stage at the Teen Choice Awards with an absolutely stunning performance of “How Do You Feel”, and we still can’t get over it. Watch it here!

How is it possible that Evvie McKinney is this good? There wasn’t a dry eye in the house at the 2018 Teen Choice Awards when The Four winner took to the stage to sing her heart out. Evvie just dropped her debut single a few days ago, but it’s clear that “How Do You Feel” is already going to be a major hit — at least after that performance! Evvie’s setup wasn’t complicated. It was simply her standing on the stage, singing her soulful ballad. With a voice like that, it’s really all she needed!

Swathed in bright lights that made her look angelic, Evvie belted emotional lyrics like, “How do you feel, when you’re with her?/When she cracks a smile does it light up your world?/How do you feel, when it’s all said and done?/Are you in love with her?/Even though you can’t see.” It’s such a heartbreaking song, but when she sings, she’s so confident and defiant. She knows how she feels.

She looked just as good as she sounded, too, in a glittery minidress and matching boots. Her makeup game was on point! Earlier in the night, one of the judges that sent her to stardom on The Four, Meghan Trainor, also performed (and nailed it). Can you believe this is the first time she ever sang at the Teen Choice Awards? Wild, right?

We can’t wait to see so much more of Evvie. This is only the beginning of what’s going to be a marvelous career. Now when’s that debut album dropping?