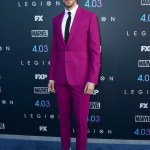 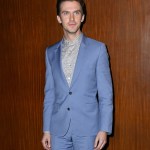 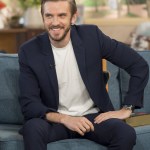 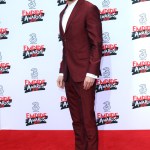 We know the ‘Downton Abbey’ movie is happening, but is Dan Stevens going to be in it? The actor hinted that he’s reviving his role as Matthew Crawley in the film!

As any Downton Abbey fan knows, Dan Stevens left the series in 2012, and his beloved character Matthew Crawley was killed off. So no one really had any high hopes for the actor to reprise his role in the period drama‘s upcoming film, but maybe we should have.

Stevens took to his Instagram account on Aug. 12 to share a photo of himself with his former co-stars, Michelle Dockery and Allen Leech. The black-and-white reunion photo would have been enough to excite fans, but the caption really brought the whole image up a notch. “Should Matthew have a mustache for the #DowntonAbbeyMovie…? Vote below…” he captioned the post.

The Beauty and the Beast star’s followers couldn’t contain their enthusiasm over the idea of Matthew coming back from the dead for the film. “YAS YOURE COMING BACK?!” one person wrote. “So the downton movie is gonna be a zombie film. Neat!” another commented. A third person couldn’t care less about what the character looks like as long as he’s in the movie. “Matthew can have whatever he wants if he comes back!” the social media user said.

Should Matthew have a mustache for the #DowntonAbbeyMovie…? Vote below… ☑️ ❎

As previously reported, the long-awaited film was given the green light on July 13, with the original main cast signed on. Dockery, Dame Maggie Smith, and Hugh Bonneville will all be revisiting their roles as Lady Mary Crawley, Countess Violet Crawley and Earl Robert Crawley respectively. Filming begins in September, and Brian Percival, who directed the television show’s pilot, will be working on the production as well.