Eminem’s daughter Hailie has grown into an incredibly beautiful woman. She’s showing off her fit and toned abs in a sexy new selfie.

Hottie! Eminem‘s daughter Hailie Scott has been traveling around the country with her dad this summer on the festival circuit, rocking plenty of crop tops along the way. On Aug. 10 she showed off for Instagram fans how she stays in such incredible shape with her tight abs. In a selfie at the gym the 22-year-old rocked a white sports bra, black leggings and a baseball cap while showing off her super toned tummy. She wished her over one million followers a “Happy Friday” and she’s going into the weekend looking so incredibly fit.

Hailie has been following around her dad as he’s played festivals like Lollapalooza, Bonaroo and New York’s Governor’s Ball. She’s managed to cultivate some incredible fashion looks along the way that showcase her amazing figure. At last weekend’s Lollapalooza in Chicago, she rocked a black bralette top that showed off her ripped abs and a black miniskirt to flaunt her long legs. On another day at the fest she killed it in a tiny denim miniskirt and a colorful patterned top.

Despite Em raising his daughter out of the public eye, she wants to get her name in the spotlight now that she’s done with college, graduating this past spring from Michigan State University. She wants to be a social media influencer, but Hailie’s still working on which direction she wants to take that career path. She told the Daily Mail in June, “I’m not sure yet, it’s kind of up in the air, still,. People have been reaching out through [Instagram], as I don’t have any [management].”  Hailie’s also been getting offers to do photo shoots. “Not so much [by] magazines, but companies who work with them,” she explained. 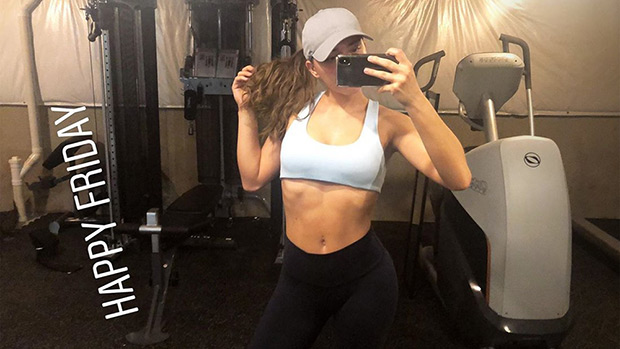 reason #105 to love festivals: it’s acceptable to sit on the ground whenever you get too tired or hot

Em, real name Marshall Mathers and ex-wife Kim Scott raised Hailie out of the spotlight and boy did they get it right! In addition to being Homecoming Queen, she graduated in 2014 from a suburban Detroit high school summa cum laude with a 3.9 GPA. The honors grad wrote a tribute in the school’s newsletter to her parents. Under the banner, “Most Influential During My Lifetime,” Hailie wrote “My mother and father are because they have pushed me to be the person I am and have given me all the support to achieve what I have.” That made Marshall so proud, considering he is a high school dropout who didn’t make it past ninth grade. Hailie later studied psychology at Michigan State.