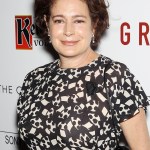 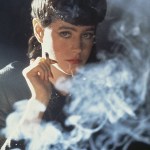 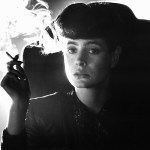 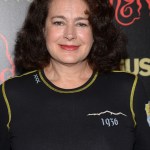 Someone better call Deckard. Sean Young, known for roles in ‘Blade Runner’ and ‘Ace Ventura,’ is wanted by cops over allegations she stole thousands in computers and video production gear!

She captivated audiences as Rachael in Blade Runner and starred across Jim Carrey in Ace Ventura: Pet Detective, but her next featured role might be in front of an interrogation lamp. Sean Young, 58, is wanted for questioning by the NYPD for allegedly stealing two Apple laptops with video-editing software on them, according to Page Six. Surveillance footage of the Aug. 8 incident allegedly shows Sean and a male companion – an unidentified man in his 30s – taking the items, which were worth $12,000.

Update:  “We have not publicly identified a suspect, but we received a complaint report regarding a burglary. However, we can’t confirm the suspect is Sean Young,” NYPD Officer Brian Magoolaghan tells HollywoodLife.com. “A 58-yr-old woman, who is known to the victim, is sought in connection with the alleged theft of two Apple laptops on Thursday, Aug. 9, around 12 P.M. A 55-yr-old male, who is affiliated with some type of organization called School of Old, LLC, reported that two individuals entered the premises at 33-0136 Ave in Queens and removed, without permission, the two laptops which had video editing software and were valued at $12,000.”

Supposedly, Sean used to work at the business, was sources told Page Six she was fired from the job months ago. This will likely be another sad chapter in Sean’s life. The actress broke out in the 1980’s with roles in Stripes (featuring Bill Murray), Blade Runner (where she played opposite Harrison Ford) and Dune. She was supposed to have a greater role in 1987’s Wall Street, but her role was reduced to nearly nothing, per Page Six, after she repeatedly sparred on set with co-star Charlie Sheen.

That seemed to be first major indication of what was to come. In 1988, she appeared in The Boost with James Woods. He would sue her for allegedly harassing him and his fiancée, though Sean would deny the claims (and the allegations of an affair.) She would land the lead in Tim Burton’s first Batman movie, only to break her arm during rehearsals and have the role go to Kim Basinger. For the sequel, she famously dressed up in a homemade Catwoman suit in an attempt to land the role.

“[Tim Burton] wasn’t there,” she told The Hollywood Reporter in 2016. “I guess he was hiding in the bathroom. Who knows? If these Warner Bros. executives now were really good businessmen, they’d let me play Catwoman today, and I’d make a smash amount of money. But they’re too stupid.”

Sean battled alcoholism for years, even doing stints in rehab and appearing on Celebrity Rehab with Dr. Drew. As of 2016, she was clean for three-plus years. She appeared (sorta) in the long-awaited sequel to Blade Runner, Blade Runner 2049. Her likeness was digitally recreated, and she worked as an acting coach to the woman playing her younger self. She also had a role on TNT’s psychological thriller series, The Alienst.