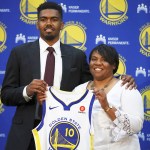 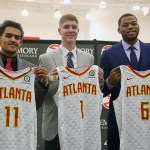 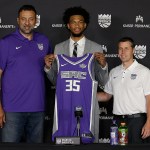 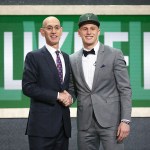 The Jr. NBA Championship is on its way and we have your ultimate preview! Who, what, where, when? — We’ve got you covered! — Plus, quotes from Global Ambassador Candace Parker and more!

The National Basketball Association is going above and beyond to make the dreams of kids all around the world come true. Think about it — For a lot of kids, it’s a dream to play pro ball; to get on the court and compete with the best of the best all around the world. And, while young athletes usually have to wait until the college level to make their run for the NBA, now, kids can get themselves immersed in the sport at an early age.

The NBA announced the rosters of the 32 teams that will compete at the Jr. NBA World Championship — a first-of-its kind global youth basketball tournament for the top 13- and 14-year-old boys and girls teams from around the world. The highly anticipated competition will take place from August 7-12 at ESPN Wide World of Sports Complex at Walt Disney World Resort near Orlando, Florida. The Jr. NBA, presented by Under Armour, is the league’s youth basketball participation program that provides a fun environment for kids to learn the fundamentals and values of the game.

Ahead of the excitement — and the crowning of the 2018 champs — HollywoodLife.com participated in two group discussions with the WNBA’s Candace Parker (LA Sparks), who serves an an ambassador, as well as NBA star Vince Carter, who will serve as a game analyst. When we asked how important it is to serve as an ambassador for kids, and to inspire them about the game of basketball and beyond — especially in light of LeBron James opening his iPromise school — Parker expressed how important it is for NBA and WNBA stars to get involved.

“I think ‘care’ is the biggest thing. You think about the backbone of NBA Cares, and you think about even LeBron’s name with the school iPromise — it’s showing these kids that you care,” Parker told HollywoodLife.com and other reporters. She explained: “Usually, the biggest thing with kids is that you have to show them that. You have to show them that you care, you have to be there, and put time in and energy. So, I think a lot of that starts at an early age, and this is really the first step. I know we watched Little League World Series for years, and I used to think, ‘Man, I really wish there was something like that for basketball.’ Now, there is. It’s really important because it’s not just about sports. I think it’s a great thing and I wish I had it when I was a kid.”

In a press release from the event, Parker added: “The Jr. NBA World Championship is a great initiative that will connect U.S. and international youth in a meaningful way. As a global ambassador, I’m looking forward to making a positive impact on the participants, both on and off the court.”

Parker, as well as NBA superstar, Dwyane Wade will both serve as global ambassadors for the Jr. NBA World Championship.  In her role, Candace has been supporting both the initiative and the participating players.

Here’s how it will go: The event will bring together the top 32 boys and girls teams (16 US and 16 international) that advanced from regional competitions earlier this year, including two Los Angeles youth teams that will be representing the West Region in the event. Andre Drummond, Brook Lopez, Tamika Catchings and Swin Cash will also be involved in the event.