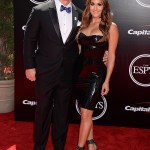 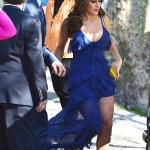 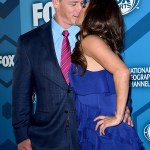 Nikki Bella just wrote a gut-wrenching message to John Cena on what would have been their sixth anniversary as a couple. We’ve got what she had to say.

Today would have marked the six year relationship anniversary for John Cena, 41, and Nikki Bella, 34. She called off their May 5 wedding just weeks prior and the pair broke up for good. But that doesn’t mean the brunette beauty doesn’t have lingering feelings to her longtime partner. On Aug. 9 she posed a message to her Instagram account that read, “You’ve changed me forever, and I’ll never forget you.” Next to it she added “8/9 | 6” indicating the date would have marked six years together. It’s totally okay to mourn a relationship that lasted so long and had such an impact on Nikki.

John has begged Nikki to take him back ever since their breakup, even going on national TV to declare how he still wanted to marry her and had finally changed his mind about having kids, saying he wanted her to be the mother of his children. It was too little, too late for Nikki though. While she finally got the engagement ring she so badly wanted from John at Wrestlemania 33 in April of 2017, a year later she pulled the plug on their romance after not being totally fulfilled by John. Viewers have watched their relationship heartbreakingly come apart at the seams during the latest season of her E! reality show Total Bellas.

Fans were so supportive of Nikki in the comments. One wrote “It takes a strong woman to do what breaks your heart but knowing it was the right thing to do for yourself. You are stronger than you know. And you have such a strong support system. Proud of you.” Another added “@thenikkibella you are a beautiful person who has handled this situation so well. You owe no one anything. Stay true to yourself and maintain that strength that has always been within you.”

What a difference a year makes. In 2017 John took to Twitter on Aug. 9 and wrote, “5 years ago I asked an amazing woman to dinner. Since then she is the best thing to ever happen to me. I love you Nicole. Happy Anniversary.” Nikki was even more effusive, posting an Instagram pic of the couple kissing and wrote “5 years with this giant teddy bear ❤️ He has and is my heart and soul. So happy God brought him, my soulmate into my life. I pray so hard every day and night that we will get to see each other grow old and grey. He makes the world a better place. He fills my world up with so much happiness and love. I never knew I could be SO happy! And crazy to think this is our last anniversary till I walk down the aisle and say I Do and become Mrs Cena ❤️ Oh Mr @johncena I love you sooooo much! Forever and ever… and ever”  How things changed a year later!