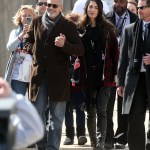 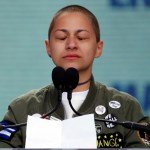 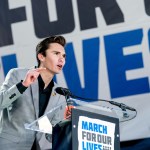 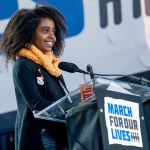 March For Our Lives activists Emma Gonzalez and Matt Deitsch discussed the importance of youth voting in the midterm elections and how to get them to the polls on ‘The Daily Show’.

Parkland school shooting survivor turned activist Emma Gonzalez and former student Matt Deitsch hit up The Daily Show on Aug. 9 to discuss their Road To Change Tour. They’ve been traveling the country all summer trying to rock the vote and get young people registered. The midterm elections in November are going to be so important and they told host Trevor Noah all about their efforts. Emma said they’re encouraging “ride sharing, try to carpool everyone you know, if a million people said my vote doesn’t count that’s enough to swing a district. Your vote really really does count” and brought up the recent tight Congressional race in Ohio on Aug. 8 that was decided by less than 1000 votes. “You don’t have to agree with us, just get out and vote.” Matt added, “I know you want us to be kids but we have more important things to do.” He added only one in five young people vote and that number needs to change.

After the shooting at Marjory Stoneman Douglas High School in February 2018, Emma and Matt refused to remain silent. They, along with other students in their Parkland, Florida community, decided it was time for change — gun control reform needed to be enacted now, before another tragedy like this could occur. Matt graduated from MSD in 2016, but his two younger siblings, Ryan and Samantha, were at the school with Emma when 17 of their peers and teachers were murdered by former student Nikolas Cruz. At 20, Matt’s the oldest founder of their Never Again movement.

Just a month after the February 14 massacre, the Never Again members organized the nationwide March For Our Lives to commemorate the lives lost, not just in Parkland, but by gun violence across the nation. The turnout was massive; hundreds of thousands of students, teachers, and concerned citizens took to the streets to demand justice and change. While people would understand if these tired, grieving kids just wanted to lay low for the rest of the year and maintain some sense of normalcy, they continued to keep fighting.

There are only three tour dates left on the Road To Change. If you’re on the East Coast and want to register to vote, try to make it out: