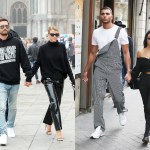 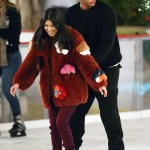 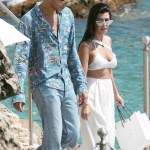 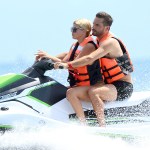 As the Kardashian sisters go after Younes Bendjima for his shady pics with a new lady, Sofia Richie is dealing with her own man, Scott Disick, and her concerns over whether he’ll want to get back with his ex Kourtney, after her split.

After news broke that Younes Bendjima, 25, and Kourtney Kardashian, 39, split up after two years, and fans got over the initial shock of it all, many minds went to the fact that Kourtney and her baby daddy Scott Disick, 35, may reunite. Of course, there is one thing standing in the way — Scott’s girlfriend, Sofia Richie, 19. While Scott is absolutely smitten with Sofia, as he admitted in the season premiere of Keeping Up With The Kardashians, Sofia is apparently concerned about Kourtney’s new single status. “Scott swears he’s happy with Sofia and has no interest in trying things with Kourtney again but it’s hard to totally believe him,” an insider told HollywoodLife.com exclusively. “For one thing the guy is way too interested in every little thing Kourtney does, and his level of jealousy towards Younes is off the charts.”

While Scott continues to promise he has no interest in Kourt, and swears his joking advances towards her are just for fun, the source added that Kourtney’s friends are saying it’s “just a matter of time” until his splits with Sofia and reunites with his baby mama. “Kourtney‘s break-up with Younes has opened the door up for Scott to make a play to get her back. She‘s vulnerable right now and for all his faults, Scott does really care deeply about her and he’s going to want to comfort her,” the Kardashian insider told HL. “It’s obvious when you see them together that the chemistry is still there, it was just that Kourtney refused to let it go there again. Now, her defenses are going to be down and when she‘s weak that’s when Scott usually slips back in.” They continued, “It wouldn’t be that big of a shock to anyone if something started up again.”

Hmmm, we’d be worried if we were Sofia, too! Apparently, according to another source, Sofia got real with Scott and told him that if he had any interest in getting back with Kourtney, she needed to know. “She doesn’t want to be played for a fool and strung along. She loves Scott and if he is going to play these games she is not interested in keeping the relationship going,” the insider said.

On the latest episode of KUWTK, Scott got candid when speaking to Cici about his relationship with the 19-year-old model, and seemed like they were in a great place. “It’s pretty serious,” he said. “It’s definitely the first girl besides Kourtney that was a real relationship. One part of me is really happy that I’m able to care about somebody again, but there’s a feeling in the back of me that feels guilty because I’m moving on from Kourtney.” We’ll have to wait and see if he has totally moved on!