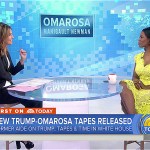 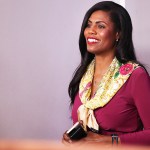 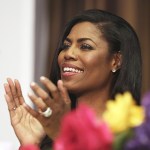 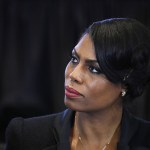 Uh oh! Donald Trump’s former colleague Omarosa allegedly secretly taped conversations with the president. We’ve got details on what she has on the tycoon.

Donald Trump needs to be more careful with who he lets close to him. First his former private attorney and “fixer” Michael Cohen secretly recorded hundreds of their conversations and now Omarosa Manigault has allegedly done the same thing. She worked as his Communications Director for the Office of Public Liaison until her firing in Dec. of 2017, and during her nearly one year in the White House she recorded her interactions with Trump according to The Daily Beast. She then allegedly used the tapes to help shop around her new tell-all book Unhinged about her time working with the tycoon in the West Wing.

Omarosa and Trump had been close for many years, as she appeared three times on his NBC reality show The Apprentice. It was thus not a big surprise when he hired her to come work for him after being elected president in Nov. of 2016. The site says that from people they spoke to who heard the tapes, the 44-year-old really didn’t get much dirt or anything juicy in her audio.

“Multiple sources familiar with the so-called ‘Omarosa tapes’ described the recorded conversations between Trump and Manigault as anodyne, everyday chatter, but said they did appear to feature Trump’s voice, either over the phone or in-person.,” the Daily Beast reports.

The former reality star has already released some excerpts from Unhinged that are disparaging towards the 72-year-old president, including claiming he is in “mental decline.” She referred to a May of 2017 interview that Trump did with NBC’s Lester Holt and writes that, “While watching the interview I realized that something real and serious was going on in Donald’s brain. His mental decline could not be denied. Many didn’t notice it as keenly as I did because I knew him way back when. They thought Trump was being Trump, off the cuff.” She added, “Throughout this erratic and contradictory interview, I kept thinking, ‘Oh no! Oh no! This is bad!’ Donald rambled. He spoke gibberish. He contradicted himself from one sentence to the next.” Brutal!

Unhinged: An Insider’s Account of the Trump White House by Omarosa come out on Aug. 14.