Fans are still certain that Maci Bookout is pregnant with baby number four. We’ve got the pic where they swear she’s covering up a bump.

Maci Bookout, 26, hasn’t made any announcements that she’s expecting, but Teen Mom fans are absolutely sure she’s pregnant. In an Aug. 8 Instagram photo she is seen in the front seat of her car with her nine-year-old son Bentley behind her. She took the selfie from the side of the waist on up, so her tummy isn’t completely visible. “First day of 4TH GRADE!! Benny is growing up too fast,” she captioned the adorable pic. Where has the time gone? We remember their journey back from her days on 16 and Pregnant while she was expecting Bentley. Fans started blowing up her comments section sure that she has another baby on the way. Her lavender shirt doesn’t really show any signs of a bump, but that’s not stopping viewers from hoping she and hubby Taylor McKinney are adding to their family.

“The weight. The swollen/puffiness. SO pregnant,” one fan write in the comments. “Is this a pregnant glow?” someone asked while another claimed “I see a mommy glow.” “She totally is!!! Her face changes a bit when she is and you can see in the side pic! Yay!!! She’s beautiful and they are such amazing parents!!” another fan wrote while someone else claimed she was “So preggers.” 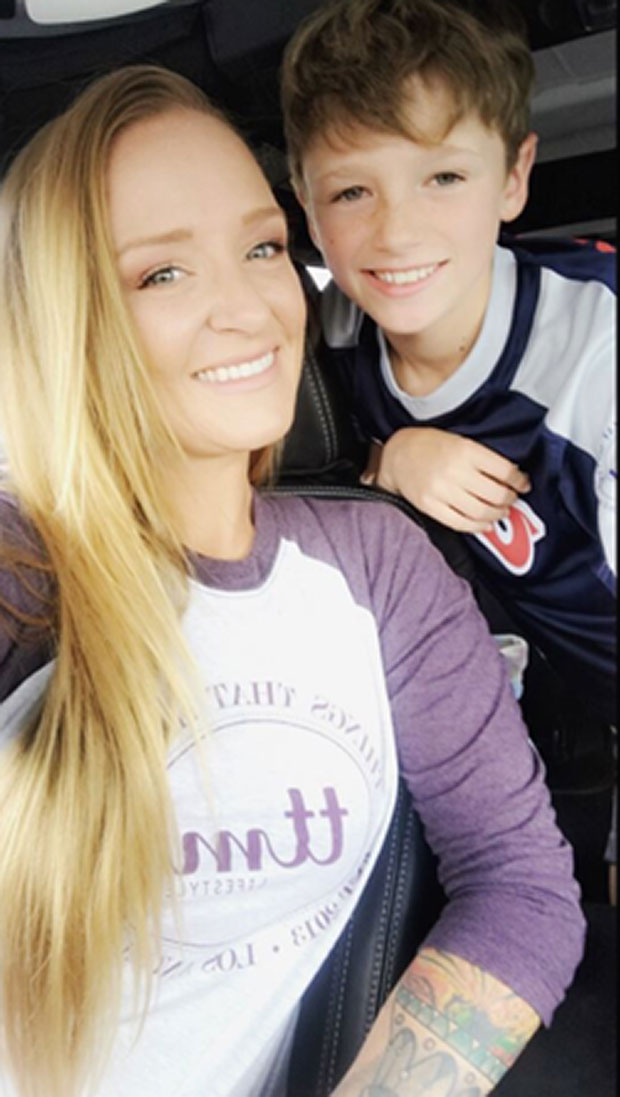 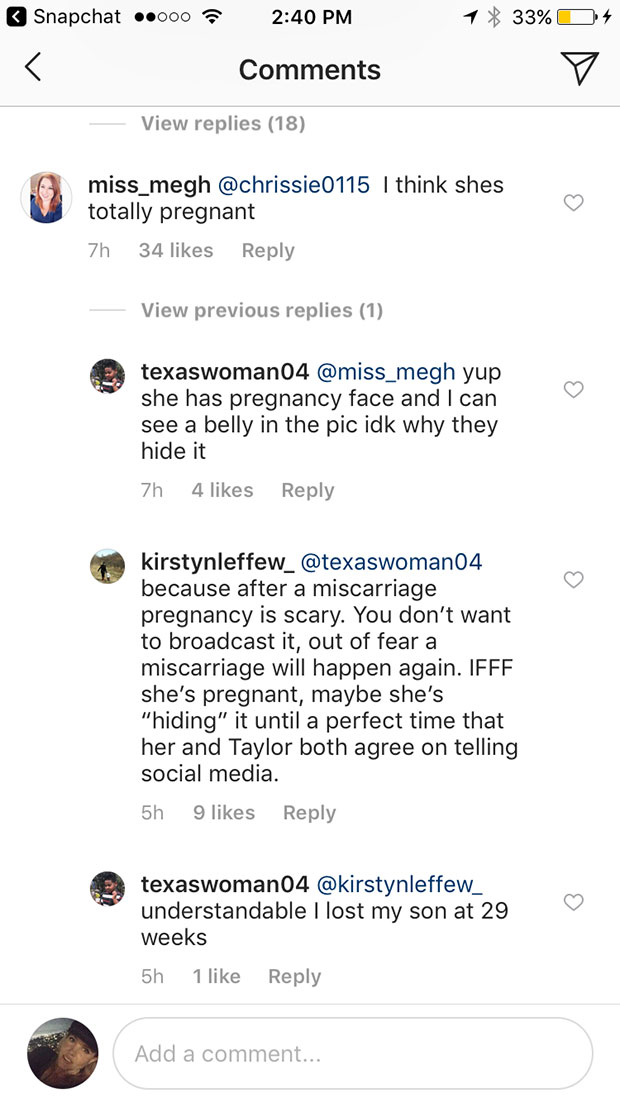 The pregnancy chatter went in to high gear when castmate Kailyn Lowry posted a group photo on Instagram following a Coffee Convos podcast on July 31. Maci was wearing a blue and white checkered top that tied at her waist but hung just slightly away from her body. That convinced some fans that there was a bump underneath. Kailyn, 26, shot down the baby bump rumors after a fan accused her of “revealing Maci’s pregnancy.” She commented back the same day, “Except I didn’t. It’s the way the shirt was flowing.”

In a Teen Mom OG episode on Jan. 22, Maci made the heartbreaking revelation that she miscarried a baby girl in 2017. She told a producer “I had a miscarriage. Her name’s Dandy, Dandelion.” In the same episode she and Taylor discussed adding to their brood, which also includes son Maverick, 2, and daughter Jayde, 3. She didn’t seem too thrilled about having a biological fourth child, telling him, “If you seriously want to have another baby, then I’ll do it. But I still want to adopt too.” She then gave Taylor the ultimatum, “If that’s really what you want naturally, I want to do it now.”