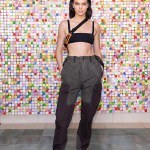 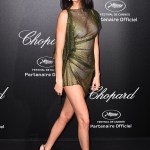 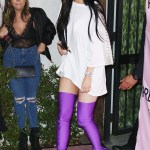 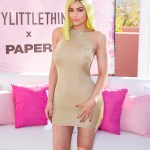 Kourtney Kardashian reportedly dumped Younes Bendjima a month ago, and she’s been slaying the game ever since. See Kourt’s best post-split ensembles, as well as all of her sisters’ incredible revenge looks.

We’re all familiar with the breakover – aka, the haircut you get after you end a relationship. But you don’t need to completely alter your appearance following a breakup. Sometimes, the best way to show you’re starting a new chapter of your life is to revamp your wardrobe. Now, if you know what a “revenge” look is, you know the whole point is to basically show your ex what they’re missing. But the post-breakup style overhaul isn’t just for us regular folk. All of the Kardashian-Jenner sisters have stepped out in sexy outfits following their splits.

Kourtney Kardashian, the most interesting Kardashian to look at, has been quietly slaying the game for the past month, which makes sense since she reportedly dumped Younes Bendjima a month before the news broke this week.

On July 30, the Keeping Up With The Kardashians star took to her Instagram to share a photo of her rocking a pink blazer as a dress. She held onto an ice cream cone that she was looking at in the pic. She captioned it, “mad at you” which seemed to be directed at the frozen treat for all of its empty calories, but in hindsight she could’ve been subtly referencing her breakup without actually revealing that she and Younes had called it quits. Sneaky!

Kourt also shared another fire photo that same day in which she coordinated her orange juice to a bright tangerine tank top and matching purse. She looks great in the top which featured underwire, adding an additional fun element to the outfit. Just the amount of thought that she clearly put into this ensemble makes this an amazing post-breakup look. Think about your style, not your ex! Check out our gallery above to see all of the Kardashian-Jenners’ sexiest revenge outfits!