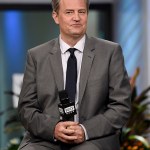 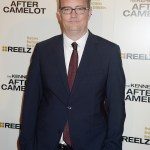 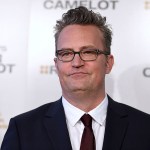 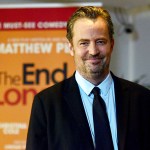 ‘Friends’ star Matthew Perry recently had to have emergency surgery at a Los Angeles hospital to repair a dangerous condition called a gastrointestinal perforation.

Matthew Perry, 48, was recently rushed to a Los Angeles hospital to undergo emergency surgery due to a stomach issue and now he’s working on recovering, according to US Weekly. The Friends star‘s dangerous stomach problem was a gastrointestinal perforation and doctors had to perform surgery to repair it. “Matthew Perry recently underwent surgery in a Los Angeles hospital to repair a gastrointestinal perforation,” the actor’s rep told the outlet. “He is grateful for the concern and asks for continued privacy as he heals.”

During the health scare, Matthew underwent a tracheostomy, which creates an opening in the neck so doctors can have access to the throat, according to Radar Online. He was then transferred to the Intensive Care Unit due to complications. “He was in bad shape, and only recently has shown signs of improvement,” a source told Radar. “But he’s still not well.”

Matthew’s condition can be quite serious if not quickly taken care of. A gastrointestinal perforation means that a hole has developed in the gastrointestinal tract, which runs from the throat to the rectum. In addition to being a result of trauma to the body such as a gunshot or knife wound, the condition can be caused by various issues, including Crohn’s disease, appendicitis, ulcerative colitis and more.

Matthew needing the surgery doesn’t come as a total surprise considering how open he’s been about having health issues in the past. He’s admitted to suffering from alcohol and drug abuse and even had to check into rehab back in 1997 when he was addicted to Vicodin, which he started taking for pain after a watercraft accident. He went back in 2001 and used his experiences to eventually open his own sober-living facility called The Perry House, to help others.

We wish Matthew healing wishes and hope he has a full recovery.