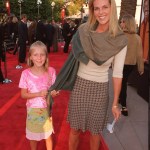 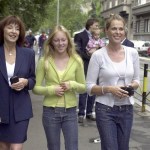 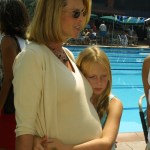 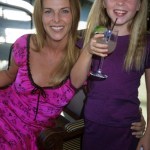 After fighting to free her daughter from NXIVM, Catherine Oxenberg has some good news: India Oxenberg has left the sex cult and is doing ‘fine.’ Will India share her story now?

Catherine Oxenberg, 56, could barely hold back her joy during her interview with Megyn Kelly, 47, on the Aug. 6 episode of Dateline. After pleading and begging for help in rescuing her daughter, India Oxenberg, 27, from the clutches of the NXIVM cult, the Dynasty star got the happy ending she was hoping for. Ten days before her Dateline sit-down, India actually reached out to her mother. The meeting went well, to put it mildly, and Catherine was almost giddy to tell the good news to the world. “So this is what she says in her own words,” Catherine said before reading a statement prepared by her daughter. “ ‘I am moving on with my life. It’s a complex situation.’ “

“ ‘I understand my mom’s struggle, and the people involved. I care for all of them very deeply. Right now, I would like privacy. And I will share my side of the story in the near future, in my own time,’ “ she added. Yes, after bringing attention to the NXIVM organization (most notably in October 2017, when she said she “lost my child and will do whatever I can to get back”) Catherine got her daughter back. As for India’s condition, after spending seven years with the cult? Though India had gone through some horrific physical pain – she was branded with the cult leader’s initials and had lost so much weight that she stopped having periods – Catherine said her daughter was okay. “Yes, I know in my heart of hearts, she’s going to be fine,” Catherine said. “Better than fine.”

Catherine recounts the story of trying to save her daughter in Captive: A mother’s Crusade To Save Her Daughter From A Terrifying Cult (arriving Aug. 10). Though it took a year to get India out of NXIVM, Catherine thinks the time – and effort – was worth it. Not only did India leave the group, but the organization’s leader – Keith Raniere – wound up behind bars (along with the woman accused of recruiting women into the cult, Smallville actress Allison Mack, 36) on charges of sex trafficking, among other offenses.

“I just wanted my daughter back,” Catherine said, per PEOPLE. “And if India had left the group when I first tried to get her to leave in June 2017, I would have walked away and Keith would still be up there branding, coercing and threatening women.” As for when India will recount her life within the NXIVM cult – there will be a time and a place for that. “She is moving forward with her life and will share her story when she is ready,” Catherine told PEOPLE. “At this time, she has asked for privacy [and] I will be as fiercely protective of her privacy as I have been of her safety.”