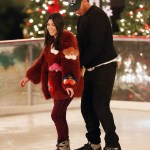 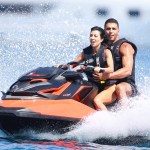 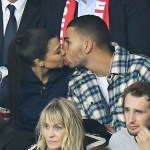 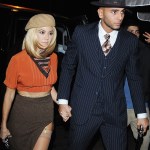 It’s ‘misters before sisters’ for Kourtney Kardashian. She clashed with Kim Kardashian on ‘KUWTK,’ and as we’ve EXCLUSIVELY learned, Younes Bendjimia is her ‘rock’ during these moments of family drama!

Ah, there’s nothing like a little family drama to help you appreciate your significant other. Take Kourtney Kardashian, 39, for example. Fans saw her get into a furious shouting match with Kim Kardashian, 37, in the explosive season 15 premiere of Keeping Up with the Kardashians. When it feels like “her versus the world,” Kourt has someone she can rely on: Younes Bendjima. “Younes has been a rock for Kourtney during tough times,” a source close to Kourtney shares EXCLUSIVELY with HollywoodLife.com, “especially during her fight with Kim.”

“Kourtney fell in love with Younes because, like her, he is very spiritual and loving. He is a great listener and sometimes, when Kourtney has confrontations with strong-willed Kim, all Kourt needs is someone to listen to her,” the insider tells HollywoodLife.com. “Not only is Younes a good listener, but he gives great advice too. He has a good heart.” The insider also said that even though he’s 25 years old, Younes is “mature and wise beyond his years and all other things Kourt needs but Scott [Disick] was never very good at.”

“While Kourt’s struggles with her sisters may have created a divide in the family, it has only brought her closer to Younes,” the source added. That’s good to know! The Aug. 4 premiere of KUWTK showed that Kourt needs someone in her corner when she goes up against the rest of the family. A simple scheduling conflict over the 2017 Kardashian family Christmas card turned into an ugly shouting match, with sisters questioning each other’s parenting skills. Ultimately, Kourt calls Kim an “evil human being,” before ending the call with an angry “f*ck you!”

Even though this scene was filmed back in October 2017 – and Kourtney would be included in the family Christmas card (spoiler alert!) – the mother of three said that the drama is still “ongoing.” This fight with Kim hit a lot of Kourtney’s “biggest insecurities,” an insider EXCLUSIVELY told HollywoodLife.com, which is why “their huge fight hurt so badly.” Kourt has not fully healed since then. She has forgiven Kim but she hasn’t forgotten what was said.

Perhaps Kourt’s memory — and her insecurities — might explain why Younes is in his own doghouse with her. Yes, he has been her “rock” during these family feud moments, but Younes got into his own trouble after he left a rude comment about Kourt on her Instagram. Since then, the two haven’t really been seen together, with Younes “desperately” trying to fix things. Here’s hoping!