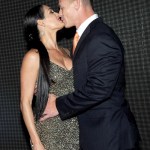 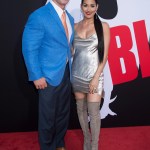 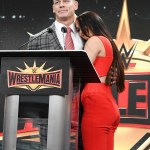 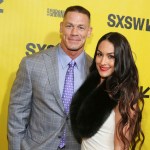 Breakups can be hell – just ask Nikki Bella. In the wake of her ‘official’ split from John Cena, the ‘Total Bellas’ star said she’s been through some pain, ‘fire’ and heartbreak.

“If you’re going through hell, keep going.” So goes the quote associated to Winston Churchill. It’s one that might resonate within the heart of Nikki Bella, 34, judging by what she posted to her Instagram on Aug. 6. The Total Bellas star shared a poem attributed to e. corona, hinting at the torment she’s gone though with her breakup from John Cena, 41. “she has been through hell. / so believe me when I say, / fear her when she looks into a fire and smiles.”

“[flame emoji] #morningmotivation,” was all that Nikki said when captioning the photo, indicating that she’s gone through some pain. It could have just been a motivational message (as John, on the same day, posted his words of wisdom: “Be less set in your ways. Routine allows for many comforts and conveniences, but can prevent you from learning valuable things about you. Do something different, or something you always wanted to.”) The timing of the message is just interesting, as it comes upon the heels of her ending her relationship with Cena “for good.”

Though the two called off their engagement on April 15 – less than a month before they were supposed to get married – Nikki revealed that she and John “tried to work on our relationship to get back where it was.” Yet, it was not to be, and they “officially” parted ways. Pulling the plug on this relationship was “the toughest decision” in Nikki’s life, but it was one she knew she had to make. She didn’t want them to be the couple that breaks up, gets back together, only to break up again. Ultimately, the two had a “huge blowout fight” and that was all the evidence Nikki needed. “She loves him,” an insider told HollywoodLife.com, “and she knows John loves her but she just feels like there’s too …many issues to work out.”

Be less set in your ways. Routine allows for many comforts and conveniences, but can prevent you from learning valuable things about you. Do something different, or something you always wanted to.

John – who’s known for being one of the weirdest men on Instagram – tweeted a pair of vague messages that seem to share his feelings about this “official” split. The 13-time WWE Champion tweeted on July 30 that if you “can learn something from your experiences, good and bad, you will live with little to no regret.” A few days later, on Aug. 4, he may have directed another message to his ex. “Learn to trust people, good and bad can come of this, but the more you trust, the more you get to know people for who they really are.”

“Trusting someone” – especially with her heart – is not in the cards for Nikki at the moment. She knows that the worst thing she could do right now is have a rebound relationship, and a source close to the WWE star EXCLUSIVELY told HollywoodLife.com that she’s “taking it easy right now and waiting for her heart to mend.”