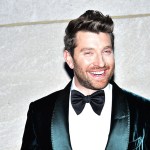 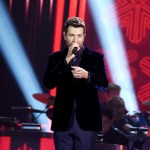 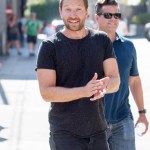 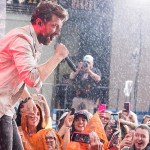 We still have Brett Eldredge’s last album on repeat, and he’s already preparing to bless us with another one! The country star talked to HollywoodLife about his biggest inspiration for his next record… the fans!

Brett Eldredge had us dancing on our feet with “Somethin’ I’m Good At,” and swaying to “The Long Way,” and now he’s working on his next album with the people who inspire him the most in mind — his fans! “I am writing for my next album and it’s inspired me to see how much my fan base has grown and how passionate they are about my music,” Brett explained in an exclusive interview with HollywoodLife.com. “I was very open with my self-titled album and I went to a much deeper level and felt the connection with my fans and vice versa. It’s being honest with my life that makes it more of a deeper connection with my fans and seeing that just makes me more inspired to dive deeper and tell these stories.”

Brett went on to say, “We can all connect, we’re all people trying to get through life and experience life. I just want be an outlet for everybody out there in the crowd. I want to be the words on their lips and they’re singing it back. That is what is inspiring.” Brett’s latest single “Love Someone” off of his 2017 summer album Brett Eldredge further cements our love for him and shows his ability to write on a feeling, instead of simply recounting a particular moment. “I’ve always tried to capture that kind of feeling of the most magical moments in life where nostalgia is everything,” he explained. “Those are the reasons I write songs and try to connect with everyone.”

While speaking to HollywoodLife, Brett was partnering with Chase and Southwest to launch the new Southwest Rapid Rewards® Priority Credit Card ,which gives you 7,500 anniversary points and four upgraded boardings every year. He chatted about his favorite travel spots when he’s on break from touring and not hanging with his Insta-famous dog, Edgar Boogie! “There’s a very quick Southwest flight to Chicago from Nashville, so whenever I go home to Nashville, I hang out with my parents and family for a day, then can take a quick flight to Chicago. Sometimes I run out to LA and go to Malibu and relax out there,” he added. “I love to go to Fort Lauderdale area and run around down there, as well. I spend a lot of time traveling to those kind of places, because cause I love the water and beach vibe. It fits my lifestyle.”