When [SPOILER] got down on one knee and proposed to Becca Kufrin on ‘The Bachelorette’ finale, he did it with the most STUNNING Neil Lane ring. See the sparkler here!

Becca Kufrin is officially engaged! After she eliminated Blake Horstmann on The Bachelorette finale, she was able to tell Garrett Yrigoyen that he was her final choice, prompting him to get down on one knee and pop the question. Before the proposal, Garrett met with jeweler, Neil Lane, to pick out the perfect ring for the love of his life, and the sparkler is SO gorgeous. Becca was in awe as Garrett showed her the ring for the first time. The massive rock features three oval stones, one to represent the past, one to represent the present and one to represent the future. Garrett says it’s perfect for Becca because she’s helped him get through his past so much, but is also so excited about their future together.

It wasn’t easy for Becca to send Blake home after all they went though on this season together, but once she saw Garrett at the final rose ceremony, she completely lit up. Of course, this is not the first time Becca has gotten engaged on reality television. She appeared on last season of The Bachelor and was Arie Luyendyk’ Jr.’s last woman standing. He proposed to her, and they were engaged for several months before he broke it off at the beginning of 2018. It was the ultimate heartbreak for Becca, as Arie admitted that he was still in love with his runner-up, Lauren Burnham. He eventually proposed to Lauren on After the Final Rose in March, and their wedding is set for Jan. 2018.

Luckily, Becca was able to turn that heartbreak around and quickly find love again. She confirmed she was happily engaged before this season of The Bachelorette aired, and now, we officially know that Garrett is her guy! 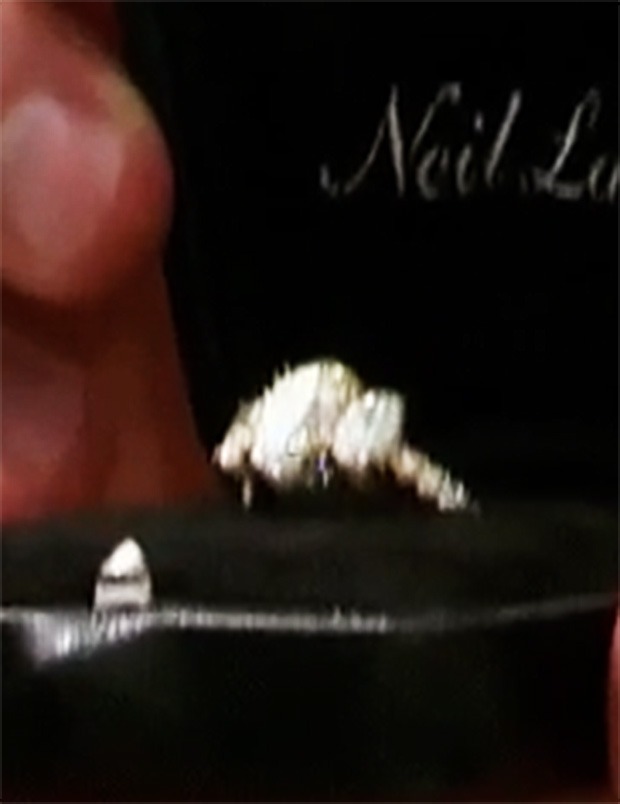 The Bachelorette was actually filmed about five months ago, so Becca and Garrett have been keeping their engagement a secret for quite some time. Finally, Becca will now be able to wear her ring out in public and gush about her love as much as she wants. Congrats to the happy couple!