Slay, Becca, slay! Becca Kufrin looked absolutely stunning in a sizzling dress on the ‘After the Final Rose’ special. Bow down, Bachelor Nation!

Becca Kufrin, 28, knows how to rock a gown like no other, and she was at it again when she hit the stage for the After the Final Rose special following The Bachelorette finale on Aug. 6. For the live show, Becca wore a purple, off-the-shoulder gown, which hugged her amazing figure in all the right places, while also putting her toned arms on display. She pulled her hair back into a low, curled ponytail with pieces hanging down in front of her face, too, which added to the elegance of her gorgeous look. Every fashion and beauty decision that she made was PERFECTION!

The Minnesota native has been the ultimate fashionista throughout this season of The Bachelorette. During the season 14 premiere, Becca wore a $22,000 Randi Rahm Couture gown that took over 600 hours to bead. The hand-beaded and hand-sewn dress featured over 2,000 pearls and Swarovski crystals were used.

Then, during the finale, Becca wore a white, halter style, hand-embroidered dress with iridescent sequins. It took over 250 hours to hand-bead the dress, which cost a whopping $18,000. Only the best for our Bachelorette! Becca wore a total of 15 Randi Rahm Couture pieces throughout the season. 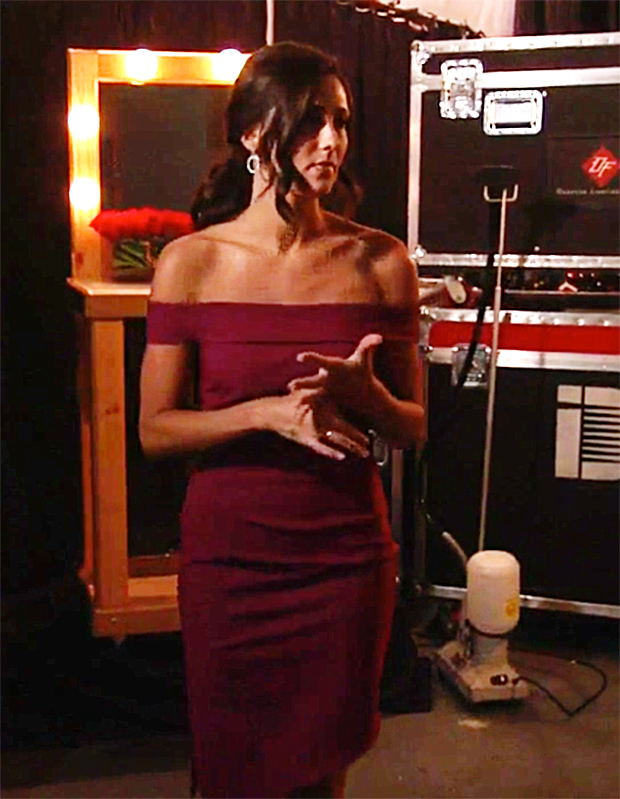 At her last After the Final Rose appearance back in March 2018, Becca sizzled in a gold dress. She was literally a golden goddess. That was one way to show Arie Luyendyk Jr., 36, what he was missing! Given how many times Becca has slayed the fashion game, we can’t wait to see what kind of wedding dress she picks!