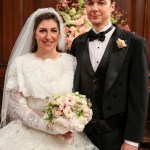 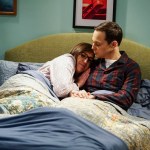 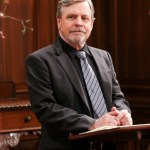 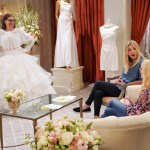 Bazinga?! ‘The Big Bang Theory’ may be returning for season 13. CBS Entertainment president Kelly Kahl revealed that he doesn’t think season 12 is the show’s last.

“We don’t believe it’s the final year,” CBS Entertainment president Kelly Kahl said about The Big Bang Theory season 12, which premieres Sept. 24, at the Television Critics’ Association summer press tour on Aug. 5. “We are in preliminary discussions to renew the show with Warner Bros.” Many have speculated that the hit CBS comedy series could end after season 12, but season 13 could definitely happen.

Kelly has been vocal about wanting to continue the hit show past season 12. “We are hopeful there will be more. As long as [Chuck Lorre] and his team, [Steve Molaro] and those guys think they have stories to tell, we’ll take it for as long as they want,” Kelly told reporters during a press call in May 2018, according to E! Online. “We certainly hope to get a few more years out of it. It’s not slowing down.”

The Big Bang Theory star Johnny Galecki, who plays Leonard, fueled speculation about the show ending after season 12 at the 2018 TCA winter press tour. “The only way we’ve discussed wrapping the show is we’re all going to be very sad when that day comes,” Johnny said. “I think at this point everyone is very comfortable with 12 seasons being a good time to go home and see our families.”

The show premiered in 2007 and has become a massive hit. Starting in season 8, the show’s original stars — Jim Parsons, Kaley Cuoco, Johnny Galecki, Simon Helberg, and Kunal Nayyar — began earning $1 million per episode. However, in 2017, the 5 leads took $100,000 in pay cuts to show support for co-stars Mayim Bialik and Melissa Rauch, who joined the show in season 3 and made significantly less than the original stars.