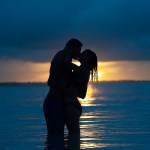 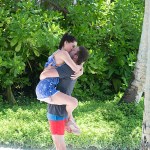 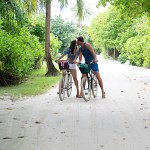 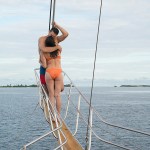 It’s down to Garrett and Blake! Becca Kufrin has fallen in love with both of these studs on ‘The Bachelorette,’ and she’s had some steamy moments with both of them. Take a look at her sexiest photos with them!

The time has come for Becca Kufrin, 28, to choose — Garrett Yrigoyen, 29, or Blake Horstmann, 28? The Bachelorette star will make her final decision in the emotional season 14 finale on Aug. 6. Over the course of the season, Becca has forged strong relationships with both Garrett and Blake. She has such insane chemistry with both of her sexy final suitors. Both of them could easily be her husband!

Becca has not been shy about showing how she feels about Garrett and Blake. Sometimes she can’t keep her hands off of them! Becca loves to show PDA with both contestants whenever she’s out on one-on-one dates with them. She has better relationships with Garrett and Blake than she ever did with Arie Luyendyk Jr. That’s how strongly Becca feels about the two finalists, and how they feel about her.

Becca and Blake met before The Bachelorette started. He was one of the suitors who got to meet Becca on After the Final Rose. Blake was her knight in shining armor when he showed up on horseback. Since then, their relationship has grown stronger. This season, they’ve kissed in front of huge crowds and had the most romantic dates.

As for Garrett, he made quite the impression on night one. Becca liked him so much that she gave him the first impression rose. Becca and Garrett have slowly fallen in love, and their love story is just the sweetest. Their connection is palpable. Who didn’t swoon when they had a passionate makeout session in the ocean when they went to The Bahamas? Take a look at more of Becca’s sexiest photos with both Garrett and Blake in our gallery now!