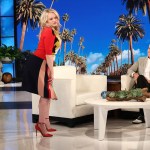 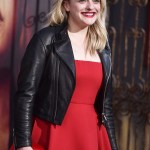 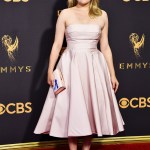 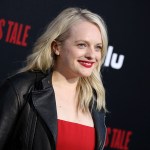 New York might not be the city of love, but it’s still a great place to make out with someone on the street. Taking a cue from Justin Bieber and Hailey Baldwin‘s book, Elisabeth Moss was spotted locking lips with a mystery man outside of the Black Door bar. The pair were also reportedly affectionate inside the venue, where they kissed and had a couple drinks before leaving around 2 a.m., according to TMZ.

We can’t say for sure if things are serious between Moss and the mystery guy, but she’s previously opened up about how she doesn’t have much time for dating. “It’s actually a problem,” the Handmaid’s Tale star told Marie Claire UK in its June 2018 issue. “But I’m very focused on my work… so it’s difficult to find the time to give yourself to somebody.”

In Oct. 2009, the actress, 36, married actor and comedian Fred Armisen. The couple separated eight months later and finalized their divorce in May 2011. While speaking to the British magazine, Moss opened up about her current stance on marriage and relationships.

“I have nothing against getting married again, but what I value even more now is the relationship itself,” the Mad Men alum said. “It’s been eight years. I’m older, and hopefully wiser. I’m a romantic, so I love weddings, but I also don’t think you need [a wedding] to have a long-lasting, healthy relationship. Some of the relationships I know that have lasted the longest are the ones that didn’t [get married].”