Paris Jackson has a brand new hairstyle and we are living for it! The model was photographed leaving Nine Zero One Salon on Aug. 3 with fiery red hair. The new look went perfectly with her grunge style for the day, as she wore sweats and a graphic tank. The ensemble put Paris’ tattoos on display, and she paired the look with a bohemian-style backpack and layered necklaces. The 20-year-old had her new hair styled in curls and pushed back from her face with sunglasses.

Interestingly, it was less than a month ago that Paris hit up the same salon and left with much lighter hair. During that visit, she went from dirty blonde/light brown hair to very blonde hair, and it was the perfect summertime style! Clearly, Paris isn’t one for keeping a hairstyle for very long, though, because she’s changed it up pretty quickly. Honestly, she can pretty much pull off any look, so we don’t blame her for wanting to keep us on our toes with new ‘dos!

It’s also great to see Paris smiling and looking so carefree, as she’s currently in the midst of some drama in her personal life. She reportedly had to hire extra security after allegedly being choked by Isaac Kappy at a party. Paris also reportedly moved out of her home after Isaac allegedly continued sending her “rambling” text messages. 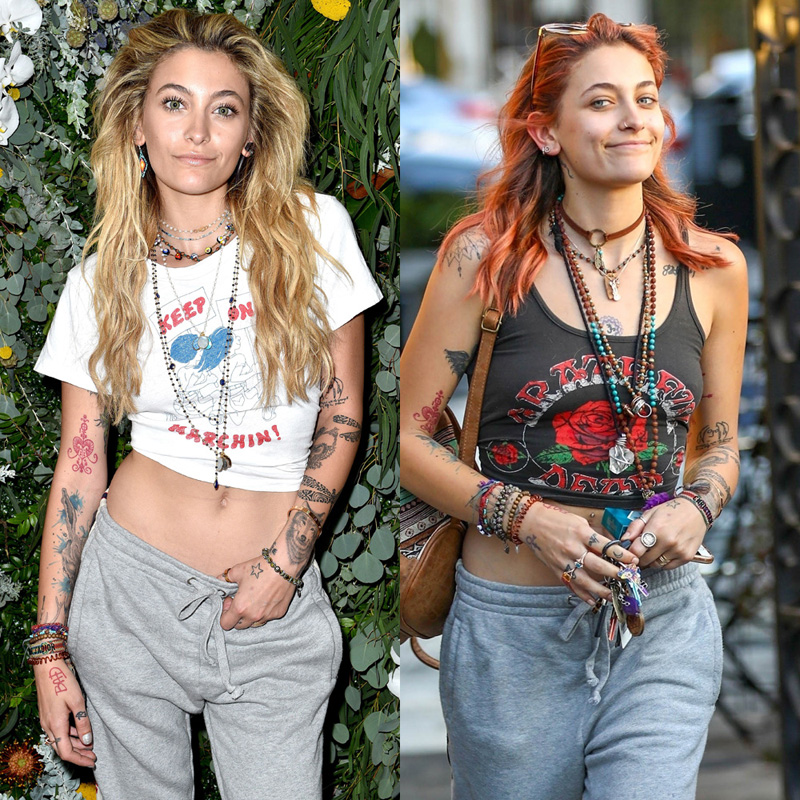 However, Isaac told HollywoodLife EXCLUSIVELY that these allegations are not true. He insists that he hasn’t even seen Paris in over a year. “I was at Paris’ House for a Memorial Day party back in May 2017, and we were in the kitchen horse-playing around,” Issac claims. “A guy at the party totally blew the situation out of proportion.” Paris has yet to comment.