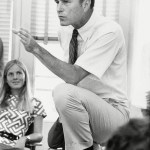 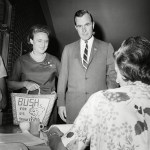 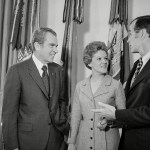 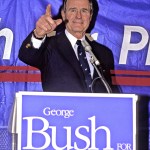 Joseph Pappas, the suspect in the murder of Dr. Mark Hausknecht, shot himself in the head, according to police. Learn more about Pappas and his death, here.

Joseph Pappas was wanted by Houston police for the horrifying murder of Dr. Mark Hausknecht, a local cardiologist who treated former President George H.W. Bush. Hausknecht’s brutal murder rocked the Houston community, and Pappas was the main suspect. Pappas shockingly shot himself in the head on August 3 as he was surrounded by police, who had responded to a 911 call from someone who recognized the suspect. Learn more about Pappas’ case and the suspect himself:

1. He was suspected of killing Hausknecht after the 1997 death of his mother. It’s believed that Pappas allegedly killed the cardiologist in June as an act of revenge for his mother’s death 21 years ago. Pappas’ mother, Julia Alice Walker, died on the operating table in 1997 while in the cardiologist’s care. She was 69.

2. Hausknecht’s murder was particularly gruesome. The doctor was shot three times — twice in the torso and once in his head — while riding his bike to the Texas Medical Center, where he worked. Police said Pappas allegedly followed the doctor on a bike, passed him, then turned around and shot him.

3. A friend told police after the murder that he was scared Pappas had a hit list. One of former Pappas’ friends, also a former law enforcement officer, told CBS Houston affiliate KHOU-TV he once joked about having a ‘list’ and being bullied. “[When we were] hanging out together, over burgers and tacos, telling stories, he mentioned being called the ‘Greek shrimp’ in high school and said ‘Karma’s a real bitch,’ and one day the people who bullied him in high school would meet a day of reckoning,” the former friend said.

“[When Pappas] made the comment, at the time I thought it was a joke, ‘Hey, don’t worry, you’re not on my list.’ Now, looking back on it, it makes me queasy to think, ‘Oh wait, maybe this guy has a list.'”

4. Hausknecht treated George H.W. Bush. The cardiologist cared for the former president in 2000 when he complained of an irregular heartbeat.

5. He exhibited other disturbing behavior in the days leading up to Hausknecht’s murder. The former friend who warned about the alleged hit list also said Pappas was an expert marksman who had an arsenal of guns and ammo.