Such lovebirds! After nine years of wedded bliss Tom Brady and Gisele Bundchen are still so wild about each other. We’ve got pics of them making out at Patriots practice on his 41st birthday.

Tom Brady and Gisele Bündchen‘s PDA just keeps getting hotter by the year. After nine years of marriage they are still so loving and adoring.The former supermodel brought along their two kids as she paid a family visit to surprise Tom on his 41st birthday during a Patriots practice on Aug. 3. The couple adores putting on PDA shows and today was no different. While Tom was kneeling on the ground, Gisele joined him and planted a giant smooch on her man with her arms wrapped around his shoulders while he grabbed her around the waist. Even with no makeup and her hair pulled back in a messy ponytail, the 38-year-old looked so gorgeous, wearing tight black leggings and a casual grey t-shirt. No wonder Tom can’t keep his hands off her after almost a decade of marriage.

Gisele was joined by the couple’s two kids, eight-year-old son Benjamin and five-year-old daughter Vivian. Tom was just as demonstrative of his feelings with his children, showering them with hugs and kisses. This is seriously the most affectionate celebrity family on the planet. Gisele posted her birthday wishes to Tom on Instagram, showing a pic of the two cuddling and wrote “Happy birthday my love! We love you so much!!! Keep on shining bright!”

Tom actually caught heat for kissing his eldest son Jack, 10, during a Facebook webisode of his Tom vs. Time series on Feb. 1. Jack came in the room while the shirtless quarterback was on a table getting a massage and the father and son discussed fantasy football scores. As the boy headed out of the room he gave his dad a quick kiss on the lips. “That was, like, a peck,”  Tom responded and Jack came back and the two had a three-second lip lock. It actually became a national debate whether or not it was an appropriate form of affection to have a prolonged kiss between parent and child. 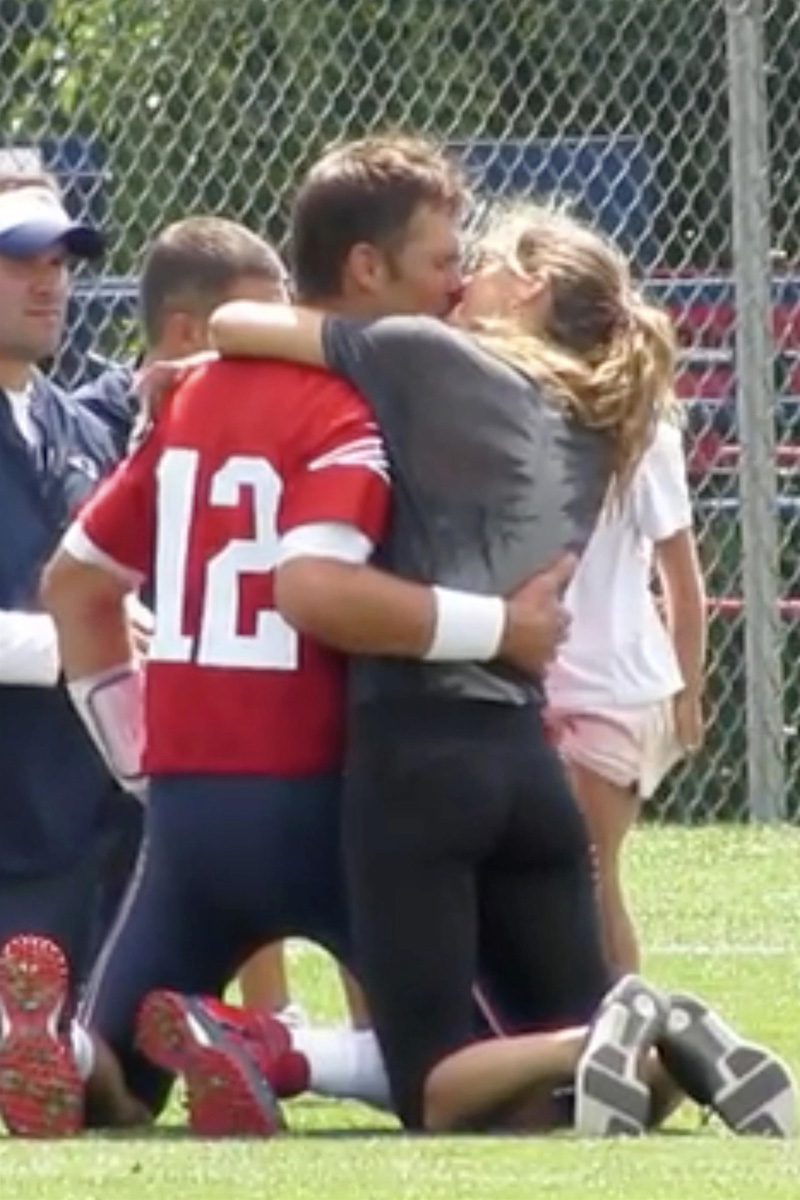 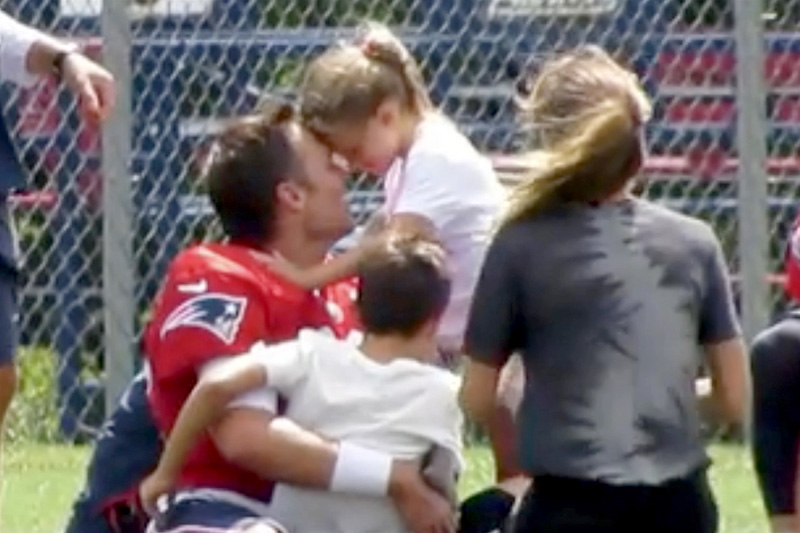 The superstar quarterback got a hero’s welcome from fans who showed up to watch the Patriots practice in Foxborough, MA. They too wanted to wish Tom a happy birthday and show their appreciation for a guy who at 41 is playing at the top of his game. At his age most quarterbacks have long hung up their cleats and called it a career. But TB has indicated he hopes to keep playing until he’s at least 45-years-old if his body and health allow it.  He’s brought the team five Super Bowl victories in his career in Boston, and in four of them he was named MVP. He took the team to Super Bowl 52 last February, but they lost to the Philadelphia Eagles.