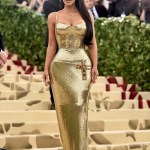 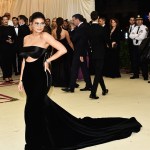 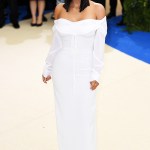 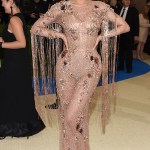 Unlike her sisters, Kylie Jenner has stayed quiet about Kim Kardashian’s drastic weight loss – until now! We’ve got the scoop on how much her older sister’s 119-pound body has inspired the new mom.

Kylie Jenner, 20, isn’t siding with critics when it comes to Kim Kardashian’s new 119-pound body. While other Kar-Jenner sisters like Khloe Kardashian and Kendall Jenner (controversially) commented on Kim’s weight loss in a series of July 29 Instagram stories, joking that she was “skinny” and “anorexic,” Kylie hasn’t publicly offered her opinion. But we’ve learned the new mom’s true feelings about her older sibling’s svelte figure. She thinks Kim looks so good, she wants the same results! “Kylie is getting major body inspiration from her big sister, yet again,” a source close to the Kardashians shares with HollywoodLife.com EXCLUSIVELY. “Kim has always been a great role model and paved the way for everything Kylie has accomplished in life. Kylie agrees with the sisters that Kim looks sexier than ever, so she has been trying to replicate Kim’s routine.”

Ever since she gave birth to daughter Stormi on Feb. 1, Kylie’s been looking for ways to alter her diet and fitness routine. Kim’s new 119-pound body is serving as the perfect inspiration! “Since becoming a mom, Kylie‘s body has gone through a lot of changes so she is taking her health more seriously,” our source adds. “Kylie is finally starting to work out on a more regular basis and she is even being more aware of her diet and what she puts into her body… just like Kim. Kylie thinks Kim is the hottest sister and mom in the family and she aspires to look as good as her big sis.”

To “replicate Kim’s routine,” that means Kylie must be closely following Kim’s health and fitness plan, which we previously reported. This means “a modified version of the Keto diet, which includes low carbs and moderate proteins,” a source close to Kim EXCLUSIVELY shared with us. When it comes to exercise, Kim concentrates on a “high intensity, interval training workout with a personal trainer anywhere from four to seven days a week,” our source added. Hopefully Kylie doesn’t sweat over her new body goals too much! Her supposed obsession to get her “pre-baby body back” led her to reportedly work out “three hours a day, five times a week with a personal trainer” which made “loved ones” concerned,  Life & Style alleged back on Feb. 21.  The magazine  reported Kylie gained 50 pounds from her pregnancy, and lost 35 pounds a few weeks after giving birth. To be honest, we think Kylie’s in amazing shape already! So don’t worry Ky indulge in a slice of birthday cake on Aug. 10 for your 21st!