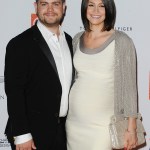 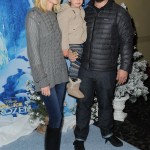 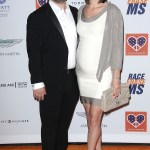 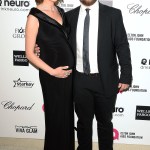 Just over two months after his wife filed for divorce, Jack Osbourne allegedly got into a wild fight with her new boyfriend and punched him in the head, according to a shocking new report. Here’s the scoop.

Jack Osbourne allegedly got physical with his ex, Lisa Stelly’s, new man when he paid a visit to Lisa’s home on July 30, according to TMZ. The TV personality, whose parents are Sharon and Ozzy Osbourne, reportedly got heated when the new guy in Lisa’s life showed up to the house while he was there. Jack allegedly punched the unnamed boyfriend in the head during the fight, TMZ reports. Afterward, he reportedly bolted from the scene, and he has allegedly not been cooperating with police in the aftermath of the alleged attack.

However, Lisa’s new boyfriend reportedly does not want to press charges against her ex.TMZ reports that police were called to the scene and a battery report was filed, but it’s not expected that Jack will face any official charges. As we previously reported, Lisa filed for divorce from Jack in May after six years of marriage. However, he reportedly thought that they were in the midst of making their relationship work, which is why he was so caught off guard when this new man showed up at Lisa’s house, TMZ claims.

Jack and Lisa had just welcomed their third child, Minnie, in February, three months before the divorce filing. Lisa cited “irreconcilable differences” in her papers, and also asked for joint legal and physical custody of the kids, as well as spousal support.

HollywoodLife has reached out to Jack’s rep for comment on the alleged altercation.