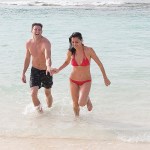 ‘Bachelor’ contestant Bekah Martinez is claiming that a former ‘Bachelorette’ competitor allegedly sexually harassed women. Here’s everything you need to know about the startling allegations.

Update: Leandro Dottavio’s rep gave us the following statement from Leandro: “There have been some recent stories about me that have garnered attention and I want to address them. I want to start by saying no one has ever directly accused me of sexual harassment. No one has ever come to me in any way and told me I made them feel uncomfortable. However, I am not a perfect person, nor have I ever claimed to be. Did I do things in college that I would be embarrassed about now? Absolutely. Was I a part of my culture, the times, movies? Yes. I have grown as a person since college. I am not the man I was two years ago let alone 14 years ago. It’s important for women to speak out if they felt uncomfortable or harassed. I support that. If there was anyone I made feel uncomfortable why not come to me? I would love an opportunity to right my wrongs and speak to any woman that wants to tell me how and when I made them feel uncomfortable. I want to take this as an opportunity to better myself and the treatment of women in my life.”

Bekah Martinez shared a series of screengrabs of inappropriate direct messages that Bachelorette contender Leandro Dottavio allegedly sent four years ago to women. The message reads, “you need my big d–k.” While Bekah contends they are real messages, Leandro claims that they are photoshopped. While Leandro responded to this in direct messages that he sent to Bekah by denying the message’s veracity, he also shared screengrabs of messages he received from people alleging that Bekah engaged in extremely graphic behavior, which she has since denied. “[His response] is so toxic,” she told The New York Post. “This is why women don’t come forward.” In their exchange, she also mentions that Leandro has been accused of allegedly sending “unwanted pictures” of his genitals to a woman whom she claims he allegedly threatened to sue.

“I started posting the screenshots [of their messages] because to me, it’s not a coincidence that multiple women would be saying similar things about the same person,” Martinez went on to say. “There’s no way these women happen to be lying about the same thing before seeing what other women are saying.”

She also claims she’s received first-hand accounts of Dottavio’s behavior from multiple women who have remained anonymous. In addition, Bekah also said in a Instagram story video that Dottavio’s lawyer has reached out to her to take down those posts and issue an apology or be sued for defamation if she fails to comply.

We’ve reached out to Bekah and Dottavio’s rep for a comment. ABC had no comment on Bekah’s allegations. We’ll keep you posted as this story develops.