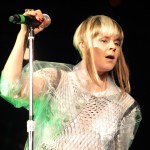 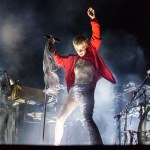 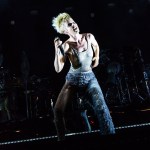 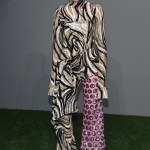 Robyn just released her highly anticipated new tune ‘Missing U’ on July 30 and her devoted fans, who have been waiting to hear new solo music from the singer for eight years, are absolutely thrilled! Listen to the catchy dance single here!

Swedish singer Robyn, 39, who burst onto the music scene with a bunch of catchy singles back in the ’90s, has just released her first new solo song in eight years and it’s amazing! “Missing U” is an upbeat dance song about missing someone when they leave and let’s face it, that’s exactly how Robyn’s loyal fans have been feeling about her and her music! After the hitmaker took to social media to introduce the song, which she collaborated on with Klas Åhlund and Joseph Mount, her followers couldn’t help but give her a warm welcome back.

“Thank you for saving pop music, once again,” one follower tweeted to the singer. “WELCOME BACK QUEEN OF POP!!!,” another enthusiastically posted. “The new Robyn track is perfect. The queen is back,” one fan shared. The song posting even got the response of various dancing GIFs from excited followers, proving that no matter how long it’s been, Robyn’s always got a plethora of devoted music lovers willing to support her.

Robyn made quite the impression in the world of pop music back in 1995 when she released her debut studio album, Robyn is Here. The album had mega hit tracks such as “Do You Know (What It Takes)” and “Show Me Love”. Her last solo studio album, Body Talk, was her seventh and it was released back in 2010. Since then, she’s released various musical projects with other artists but no other solo songs or albums. Robyn confirmed that she’ll be releasing a new solo studio album sometime this year and although she has yet to release any details about it, the release of “Missing U” is definitely a clue that great things are coming soon!

Thank you for saving pop music, once again 🙌🙏💖

WELCOME BACK QUEEN OF POP!!!

The new Robyn track is perfect. The queen is back. https://t.co/dncH9hvJBw

We love seeing Robyn officially back on the music scene! We can’t wait to hear a new album!