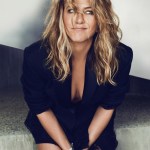 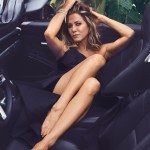 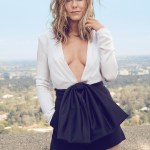 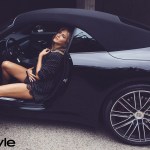 Sexy and single Jennifer Aniston looked smoking hot in a new photoshoot for ‘InStyle.’  We’ve got details on if if ex-husband Brad Pitt is now thinking about rekindling a romance with the hottie.

Jennifer Aniston rarely talks about her love life, but she absolutely opened up the floodgates on her divorce from Brad Pitt, 54, and current divorce from Justin Theroux, 46, in the new issue of InStyle. The Fight Club actor realizes that no matter what, their dramatic split in 2005 will always be something fan are curious about. “Brad knows he will be connected to Jen forever through the media and pop culture and knows that in future interviews her name will come up and he will have to answer things about her and vice versa when it comes to her talking about him. It is just the life they live and he has accepted it,” a source close to the father of six tells HollywoodLife.com EXCLUSIVELY.

“And now that she has this recent interview with InStyle out there, he knows people will be rekindled with the interest of them getting back together and people talking about the both of them. But he isn’t bothered by it. So much time has past that he looks back at his time with Jen and remembers the good times and if she ever talks about him from this point forward he will be OK with it,” our insider continues.

“They are both adults and he can deal with it. It’s a waste of energy to feel any different about things when it comes to Jen. We all move on and he has moved on and being bothered by anything she might say about him now or in the future really doesn’t do anything good for him,” our source adds.

While Jen, 49, didn’t specifically name Brad or Justin, she did talk about her failed relationships and why she hates having people gossip about why she never had children with either of her husbands. “It’s pretty crazy. The misconceptions are ‘Jen can’t keep a man,’ and ‘Jen refuses to have a baby because she’s selfish and committed to her career.’ Or that I’m sad and heartbroken. First, with all due respect, I’m not heartbroken,” she told InStyle in an interview for their September issue that dropped on Aug. 1.

Then Jennifer addressed issues about why she didn’t have children with either of her ex-husbands. “And second, those are reckless assumptions. No one knows what’s going on behind closed doors. No one considers how sensitive that might be for my partner and me. They don’t know what I’ve been through medically or emotionally,” she continued, which seemed to hint that she may have had issues conceiving. “There is a pressure on women to be mothers, and if they are not, then they’re deemed damaged goods. Maybe my purpose on this planet isn’t to procreate. Maybe I have other things I’m supposed to do?” she added.