Looks like Chelsea’s baby is coming sooner rather than later — she’s ready to top! Click here for a peek at just how big her bump has gotten.

Now that’s a bump! Chelsea Houska, 26, has been very vocal on social media about all things pregnancy, so it’s no surprise that she’s sharing her baby bump pictures with her fans 33 weeks in! Spoiler alert, she’s “pregnant AF.” At least, that’s what her tee shirt says. The Teen Mom 2 star posted a photo on her Instagram story, wearing a black top with the funny phrase, along with a pair of denim shorts and cowboy boots. Plus, the best accessory of all — her baby bump! While it was covered up by her shirt, it was clear by the way her stomach pushed up against the fabric that the soon-to-be mother of three is going to pop ASAP. Her tee may be stating the obvious, but who doesn’t love a little bit of pregnancy humor?

We still remember the first time she showed off her bump, although it’s hard to believe that these bumps are one and the same! Back then, Chelsea was only three weeks along. She and husband Cole DeBoer, 30, had just announced that they were expecting their second child together, and Chelsea’s third. “Here’s the wittle bump since everyone’s been asking lol this pregnancy has been a breeze so far and I feel pretty damn good,” she captioned the photo of her in a black tank and sweats. And the bump really was wittle! But that isn’t the only thing that has changed. While Chelsea may have been feeling “pretty damn good” at the start of her pregnancy, she revealed on Twitter when she was 33 weeks and five days in that she is now “over it.”

She’s so close, though! There’s a light at the end of the tunnel and Chelsea is almost there. Soon we’ll be looking at precious pics of her little one instead of her baby bump. How exciting is that? 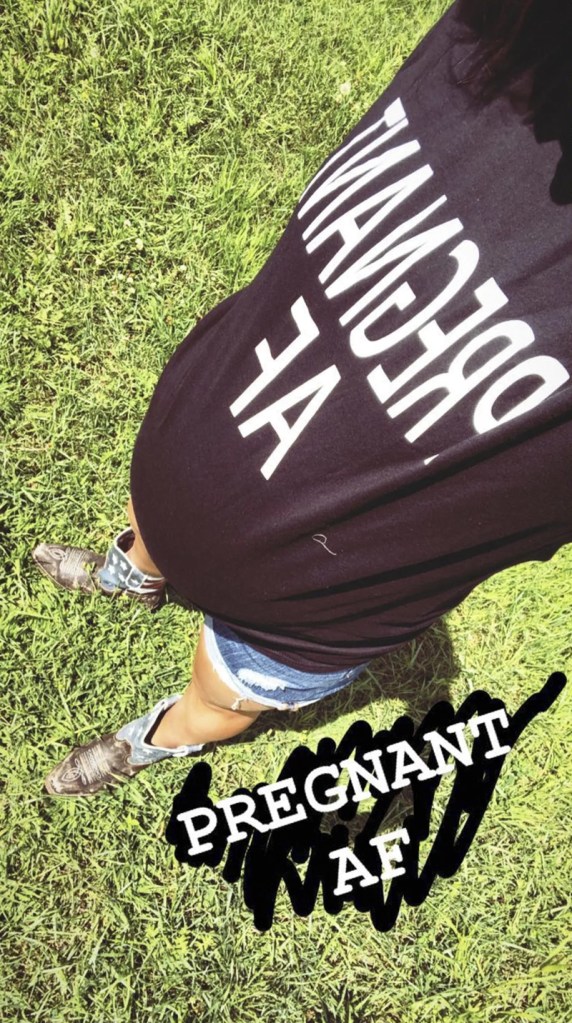 Her newborn will join a super sweet fam. We bet 18-month-old Watson Cole and 8-year-old Aubree Lind are so excited for their little sib to join them! Not long now…