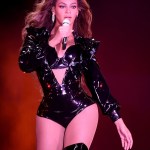 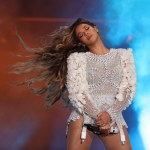 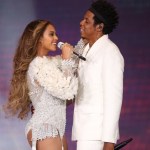 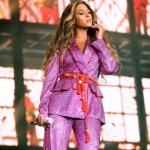 In an unprecedented move, complete control has been handed over from ‘Vogue’ Editor-in-Chief Anna Wintour to Beyonce for the magazine’s legendary September cover, and she’s already switching things up.

The Louvre handed over its keys to Beyonce, 36, and now, American Vogue’s Editor-in-Chief will too. If there’s anyone who’d be allowed to take total creative reign of the magazine’s iconic September cover from Anna Wintour, 68, it would be Queen Bey. In Wintour’s 30-year run as EIC, this is unheard of, but Vogue was “contractually obligated” to make Beyonce the head honcho for the cover shoot, according to Huffington Post. We can’t imagine what Beyonce plans to do with this newfound authority. Just look at her heavenly twist on the average baby birthday photo, which caused a viral riot on July 13 — and that wasn’t backed by a team running the world’s leading fashion magazine!

It’s only July and Beyonce’s already calling shots that are breaking the status quo. For one, she’s hired celebrity photographer and filmmaker Tyler Mitchell, 23, to shoot her cover. Not only is he exceptionally young, but most importantly, he’s the first person of color ever to photograph a Vogue cover…and the magazine has been around for 126 years. Only a tight bubble of seasoned fashion photographers usually receive the honor to shoot the September cover, but Queen B, who’s now a mom to three, flipped that switch quick. Second, she’ll also be lending a hand to the editorial side by writing her own captions under her pictures, and don’t expect them to be brief!

If all the aforementioned news wasn’t groundbreaking enough, word on the street (and many, many news sources) is that Wintour is ending her three-decade tenure as EIC with Vogue! Although Condé Nast has yet to confirm the news, industry sources “have insisted” that the departure is for real, according to our sister website WWD. On top of that rumor is an even more important one: This September issue might be Wintour’s last issue EVER. We can’t think of a grander exit than appointing American culture’s most visible force to run the country’s most visible magazine issue. If the rumors are true, you made a wise choice, Ms. Wintour.