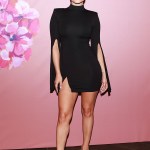 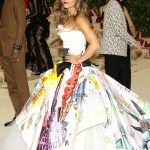 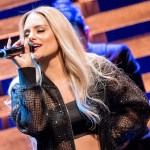 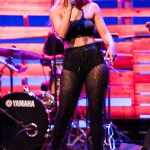 Pia Toscano’s cover of Shawn Mendes’ ‘In My Blood’ is pure perfection, and we’ve got the EXCLUSIVE video premiere for the track here!

Crafting a good cover song is no easy feat. An artist must give someone else’s creative vision justice, while also putting their own spin on it. Pia Toscano, 29, has the formula down to a science. The singer and former American Idol finalist has covered a number of soulful artists ranging from Sam Smith, to James Arthur, so it only made sense for her next cover to be from another powerhouse vocalist & ballad writing pro – Shawn Mendes.

“I cut the song a while ago, but wanted to wait for the right time to release it,” Pia told HollywoodLife EXCLUSIVELY about the Jared Lee and Martin Estrada produced track. “With everything that’s happening in the world, now felt like the right time,” she added. Pia went on to explain that she chose to cover a song from Shawn Mendes for a reason. The singer, who believes music can be a “temporary relief from pain,” instantly fell in love with the track, admitting, “It hit me to the core.” Pia also shared that, like many, she faces anxiety, and music is a means of getting through that. “Mind over matter was the message of this song for me,” she said.

The Rodney Chonia directed visual opens with Pia sitting on a stool surrounded by crisp white walls. She is a vision in a contrasting all black dress that commands attention amidst the milky room. As the camera pans closer to Pia, her vibrant pink eyeshadow and nude lipstick from Joseph Alarcon become evident, as does the singer’s wavy, fresh-off-the-beach inspired hair. Pia pulls at our heart strings as she gently sings the opening lines of the track. “Help me, it’s like the walls are caving in. Sometimes I feel like giving up.” Pia is both believable and wholly authentic throughout the track, to the point that you might think she penned the lyrics herself if they didn’t know better. The video closes with a slate featuring a poetic quote from Jonathan Harnisch. “The strongest people are not those who show strength in front of us, but those who fight and win battles we know nothing about,” it reads. It is a fitting message to add in, and Pia said that she hopes the song and video provide faith to fans that things will get better during tough times.

So, what’s next for Pia? The singer has a lot in the works! In addition to hitting the road with David Foster this summer, she is working on new music of her own. The Los Angeles-based singer told HollywoodLife that she has a “bunch of songs already done,” off her forthcoming album, which she is expecting to be released in 2019. Plus, she plans to have a first single out by December. “I only want to write songs that help people,” she added. We can’t wait to hear even more music from the singer in the coming months. In the meantime, we can’t get enough of the stunning “In My Blood” video above!