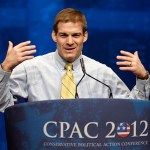 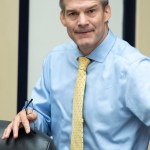 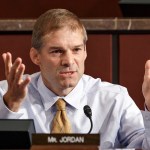 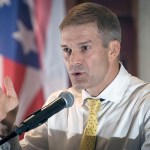 Ever since U.S. House Speaker Paul Ryan, 48, announced in April 2018 that he is leaving Congress and won’t seek re-election during the midterms, the question has been looming: Who will replace him? It’s a tough job that is often a thankless task. So who in their right mind would want to take on that demanding job in this political climate when everyone is so divided in and out of Washington D.C.? Well, ladies and gentlemen, it seems that there is someone who is ready to take on the challenge. His name is Jim Jordan and he is not scared of a fight. In fact he is one of the ringleaders trying to end the Bob Mueller investigation into Russia’s intervention into the 2016 presidential election. As part of that effort, on July 25 he introduced articles of impeachment against Mueller’s boss, Deputy Attorney General Rod Rosenstein. But who is Jim Jordan and why does he think he’s the right person to be the next House Speaker? Here are some key facts about the conservative from Ohio.

1. Jim Jordan, 54, has been the U.S. Representative for Ohio’s 4th congressional district since 2007. A hardline conservative, he co-founded the House Freedom Caucus in January 2015, which is a group of roughly 30 like-minded Republicans who often clash with their party’s House leadership, according to USA Today.

2. He is married with four children. Rep. Jordan started dating his wife Polly Jordan when he was just 13, according to Cleveland.com. They have four adult children together – daughters Jessie and Rachel and sons Benjamin and Isaac.

3. He is at the center of an alleged sex abuse scandal. A former high school wrestling champ, Rep. Jordan went on to be an assistant wrestling coach at Ohio State University from 1986 to 1994. The university is currently investigating allegations that the late Dr. Richard Strauss – the wrestling team’s former doctor – abused athletes in his care. Three former wrestlers are alleging that Jordan knew about the abuse, an accusation that he strongly denies, according to NBC News.

4. He is a fiscal conservative who vows to repeal Obamacare, aka the Affordable Care Act. He tweeted on July 26, “Congress should #DoWhatWeSaid.” That includes his plan to defund Planned Parenthood and “reform welfare.”

Text of the letter @Jim_Jordan is having delivered to his colleagues as speak blasts the GOP-led congress and says they need to return to trump campaign promises pic.twitter.com/c9oCwmLR8d

5. He supports President Donald Trump. In his July 26 letter announcing his decision to run for House Speaker, Jordan wrote, “Though he often makes waves, the president is proving his critics wrong through bold, decisive action.” He vowed to “bring real change to Congress.”