Donald Trump Jr is reportedly engaged to Kimberly Guilfoyle, but he’s still in the midst of finalizing his divorce from Vanessa Trump. Vanessa filed for divorce in March after 13 years of marriage, and the exes met up in a New York City courtroom on July 26 to take the next step in making the split official. However, since the two still have financial decisions to resolve, the divorce has not yet been finalized. However, Don Jr and Vanessa seemed to leave the hearing on good terms, and were even photographed smiling at one another when things wrapped up. The judge scheduled a compliance hearing for November, during which Don and Vanessa’s attorneys will give an update on where things stand.

In the months since their split, Donald and Vanessa have kept things very amicable, and have even been spotted together with their children (they have five altogether) on a number of occasions. However, that hasn’t stopped Don from moving on with former Fox News host, Kimberly! The two were first linked at the beginning of May, and in recent weeks, they’ve been practically inseparable! From New York City dates to sexy sleepovers and even a fishing trip, these two are really heating up — and engagement rumors began swirling on July 25 when Kimberly was spotted with a giant diamond on her left hand.

UPDATE: Despite these engagement rumors, a source tells HollywoodLife EXCLUSIVELY that Don has not proposed. “Don and Kimberly are not engaged,” our insider says. “Kimberly was simply wearing a cocktail ring and it was actually on her middle finger.”

Luckily, Don has his ex’s blessing in this new relationship. She even took to Twitter in June to defend the relationship. “The lengths people will go to attack a woman simply because she’s dating Don,” she wrote. “We’ve been separated for over 9 months and respect each other’s decisions & privacy. We’ll focus on raising our great kids. Would be nice if the press did the same rather than obsess over our pvt lives!” 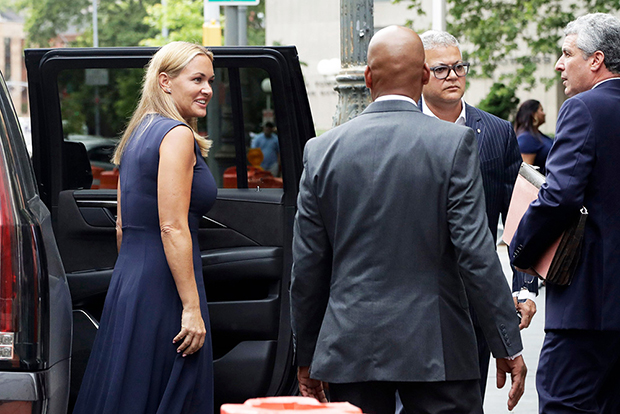 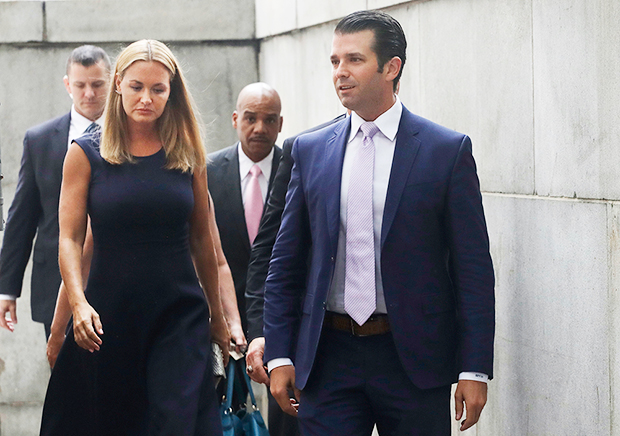 Donald and Kimberly have yet to comment on the engagement rumors, but that ring sure is hard to miss! HollywoodLife has reached out to the White House for comment.