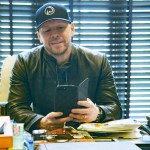 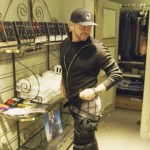 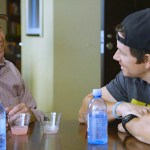 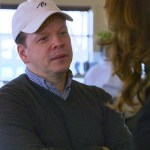 Donnie Wahlberg is showing off a different kind of bun. HollywoodLife has an EXCLUSIVE preview of the July 25 episode of ‘Wahlburgers,’ and Donnie wants everyone to know how great his butt is!

Donnie Wahlberg has a great butt, and he knows it. “I don’t understand why a 48-year-old man has to be so concerned with how his ass looks,” his brother, Paul Wahlberg, says in our EXCLUSIVE preview of Wahlburgers. Donnie pulls down his pants to reveal his butt. He takes purple striped underwear off a mannequin to show just how good his booty looks. He even asks Paul to touch his butt!

“I look good in any underwear,” Donnie declares. “Don’t you know who I am? Don’t you know about this famous blutoski? This is the buns that people want, okay? Not your buns.” Donnie’s butt even has a name: The Marshmallow. The Wahlburgers buns aren’t the only famous buns in the United States!

HollywoodLife also talked EXCLUSIVELY with Mark Wahlberg, Donnie and Paul’s brother, about staying fit when surrounded by juicy burgers. “Every time I come, I’ll order at least four, five burgers and then I cut them in half to get a bite of everything,” Mark told HollywoodLife. “I think it’s about finding that balance… I’m either really disciplined, training for a movie, not eating anything unhealthy, not drinking, or I’m, like, really enjoying. Now I just finished a movie, it’s the summer, I plan on being here.”

He also teased that this season, the show’s ninth, really focuses on “growing the business. Donnie is taking more of a management position, which is great. The business has really brought us together more so than the show. The show is great — again.” Wahlburgers will be airing back-to-back episodes on July 25 at 9 p.m. ET on A&E Network. The show usually airs Wednesdays at 10 p.m.