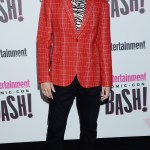 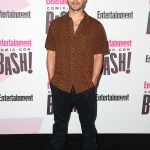 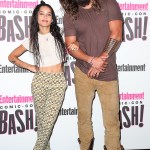 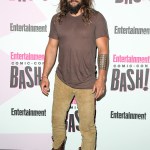 Jughead has a lot going on for him when ‘Riverdale’ returns. HollywoodLife spoke EXCLUSIVELY with Cole Sprouse about Jughead’s mom coming to town and whether or not she’ll impact Bughead! Watch now!

Riverdale season 3 will premiere Oct. 10 on The CW, and this season is going to be a big one for Jughead Jones. HollywoodLife talked EXCLUSIVELY with Cole Sprouse, 25, about what lies ahead now that Jughead is the head of the Serpents. Cole told us at Entertainment Weekly’s Comic-Con Bash on July 21 that there will be “some threats to his leadership, certainly, from people he welcomed in with open arms. He’s going to have to rebuild them [the Serpents] from the ground up, and he’s also on the run from his enemies. He has to establish the rules pretty quickly, but I think he’s a much more collected leader now after his near-death experience. And then his mother and his sister come back, and she’s trouble, the mom. Big time. She’s definitely going to throw a wrench in the Serpents.”

Jughead’s mom, Gladys, and his sister, Jellybean, will be making their first appearance in episode 8 or 9 of the third season. The CW has not announced — yet — who will be playing Gladys and Jellybean, but Cole noted that the cast “operates heavily on nostalgia.” When asked about whether or not he ever offers ideas about who should be cast on the show, he told HollywoodLife: “Not really. I don’t really like to throw names into the pot simply because it’s 1) not helpful, and 2) the person who gets the part is usually the most qualified person regardless of past working history or so on and so forth. Shoutout to David Rapaport [Riverdale’s casting director] who has done a tremendous job casting this show. I do know that, you know, our show [and] the cast operates heavily on nostalgia, so you can almost guarantee the person is going to have a kind of ’90s vibe to them.”

Skeet Ulrich, 48, who plays Jughead’s dad, FP, thinks his Scream co-star would be a great fit for Gladys. “I mean, God, I think Neve [Campbell] would be really interesting,” he told our sister site TVLine in Dec. 2017. We are here for that! If we’re thinking of the ’90s, there are so many fierce leading ladies to choose from. Sarah Michelle Gellar, 41, anyone?

Jughead and Betty (Lili Reinhart) dealt with their fair share of drama in season 2, but what about season 3? His mom and sister’s return may have an impact on Bughead’s relationship. “It’s shaping up to be pretty even this season, but I’m sure the reintroduction of his mother and his younger sister and dealing with that is going to upset something,” Cole revealed to HollywoodLife EXCLUSIVELY. Oh, boy. Protect Bughead at all costs!