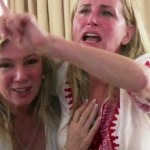 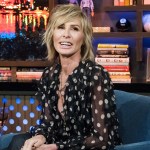 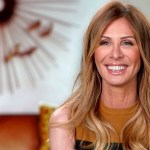 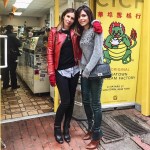 Oh no! Carole Radziwill has shockingly revealed that she won’t return to ‘The Real Housewives of New York City’ for Season 11. Read her statement, here!

“After six seasons on Bravo’s RHONY, I have decided to return to what I do best —  journalism and producing,” Carole Radziwill, 54, told PEOPLE in a statement on July 25. “I am sure this does not come as a surprise to any of the viewers, all of whom have been supportive, encouraging, and kind. My original curiosity about reality television has waned over the years and I am focusing on TV and writing projects that better suit my more steady temperament.”

She continued, “I have worked with amazing producers, made great friends, and I’m thrilled to leave frenemies behind.” Hmm… could she be referring to her on-again/off-again friend, Bethenny Frankel? Considering it was reported that their feud gets pretty ugly during the forthcoming reunion, which was filmed several days ago, we think that’d be a safe bet. “I will remember this entire experience with delight, humor, and a veracious accuracy. Next,” she concluded.

Carole joined the show at the start of Season 5, when the series was undergoing a major shakeup. Bethenny Frankel, Jill Zarin, Alex McCord and Kelly Bensimon, had departed the series. Bethenny later returned for Season 7, when she and Carole became fast friends. However, during the current season, Bethenny and Carole had a major falling out, but Carole remained on good terms with Ramona Singer, Tinsley Mortimer, Dorinda Medley and LuAnn de Lesseps.