Did anyone know Katie Holmes, 39, and Scott Eastwood, 32, were friends, let alone lunch buddies? — The two stars were spotted grabbing a bite at Shutters on the Beach hotel on Monday July 23 in Santa Monica, CA! Their lunch outing comes just days after rumors swirled that she and boyfriend, Jamie Foxx, 50, split. So, what’s the deal here?

Well, let’s note that Katie and Scott were photographed (as seen below) separately as they left the restaurant. The actor was seen carrying a notebook as he made his way out, therefore, it’s quite possible that their lunch was a meeting. And, who knows, maybe they could be working on a project together! Meanwhile, Katie looked casual with her hair in a messy ponytail, while in all white with her black purse in hand. 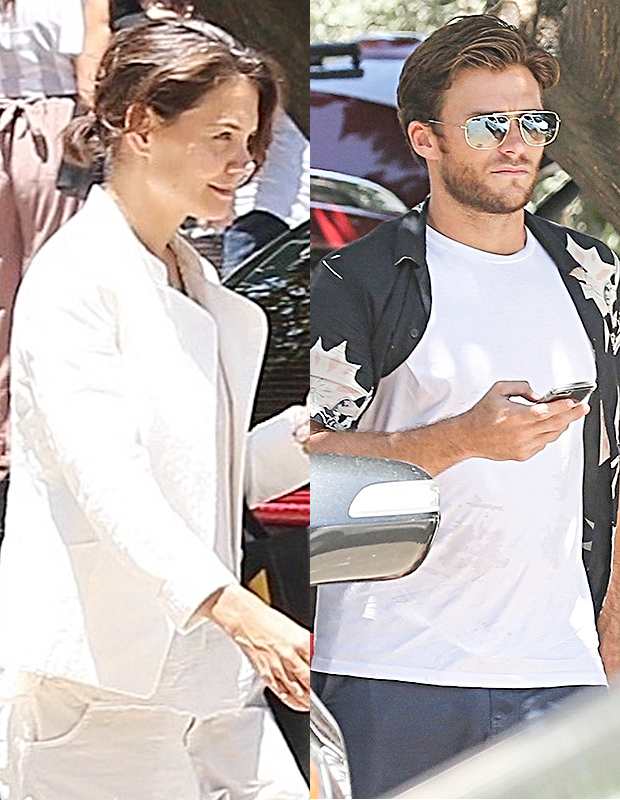 Katie Holmes and Scott Eastwood photographed separately after having lunch together at Shutters on the Beach hotel in Santa Monica, CA on July 23, 2018.

Katie and Scott’s hangout comes at an interesting time. A wild report (June 18) claimed she and her boyfriend of five years, Jamie Foxx, split due to “trust issues.” However, her rep quickly shot down the outlandish claim soon after. Although the couple tends to keep their romance extremely private, things seem to be alright between them.

The two were first seen dancing together in the Hamptons in 2013, one year after Katie split from Tom. They were married for six years and have one daughter together, Suri, 12.

Meanwhile, Scott is single as far as we know. Nonetheless, he’s got game. The actor has been linked to stars including Nina Dobrev, 29, and Charlotte McKinney, 24.