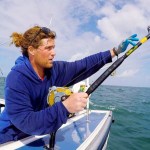 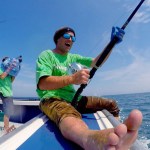 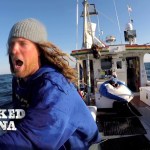 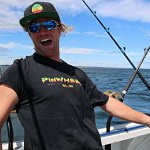 So heartbreaking! ‘Wicked Tuna’ reality star Nicholas ‘Duffy’ Fudge has passed away at the young age of 28. We’ve got more on the National Geographic star’s tragic death.

Nicholas “Duffy” Fudge, one of the stars of the Natgeo’s popular tuna fishing reality show Wicked Tuna has passed away unexpectedly at the tender age of 28. He died on July 19, but National Geographic just announced his death on July 22 via their Facebook page. “National Geographic and Pilgrim Media Group were saddened to learn that Wicked Tuna cast member Nicholas “Duffy” Fudge passed away this week,” the post began.

“Duffy was the first mate on Captain Tyler McLaughlin’s fishing vessel, Pinwheel, and has appeared on both Wicked Tuna and our spinoff series Wicked Tuna: Outer Banks. We join Duffy’s family and friends in mourning his untimely loss, the post continued. “Thank you to everyone who has commented their condolences. We’re sure Duffy’s family and friends will take solace in knowing that he had so many wonderful fans who cared so deeply for him. Please continue to keep them in your thoughts.” It’s unclear what the cause of death was, but Duffy’s passing was “unexpected.”

“His passions were fishing and the outdoors. As a child, Nick began tuna fishing with his father and grandfather,” reads the obituary on the Hampton, NH Remick & Gendron Funeral Home website. “After becoming one of the top sport fishermen in the country, he earned a place on the National Geographic reality show Wicked Tuna for multiple seasons. Nick also treasured the environment and he took seriously his responsibility to protect it.”

Fans are absolutely heartbroken over the news. One woman commented on FB, “As I read this I am watching him working the lines to bring in a tuna! This is so sad, I loved the banter between him and Tyler on the PinWheel. May he rest in peace, way too young to leave this earth!” Another viewer wrote “Our family mourns with yours. The whole Wicked Tuna family comes into our living room every Sunday evening. Duffy will be missed.” Over 3,000 fans have left comments on the FB post about his death and everyone is grieving Duffy’s young passing.