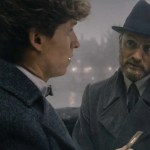 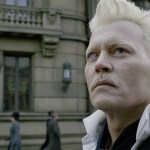 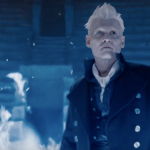 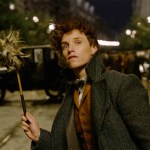 Magic was in the air at San Diego Comic Con. A brand-new trailer for ‘Fantastic Beasts: The Crimes of Grindelwald’ premiered at SDCC, and it hinted at a major battle ahead for Newt & Co. against Grindelwald.

“Mr. Scamander, do you think Dumbledore will mourn for you?” Gellert Grindelwald asks Newt in the final moments of the new Fantastic Beasts sequel trailer. Grindelwald, one of the most powerful wizards, continues to gain power and seeks to take down Newt and his friends. But there’s person who’s not going to get in on the action, and that’s Albus Dumbledore.

“I cannot move against Grindelwald,” Dumbledore tells Newt in the trailer. “It has to be you. In your shoes, I’d probably refuse, too.” You see, Dumbledore and Grindelwald have a past. The two were once friends, but the death of Dumbledore’s sister, Ariana, ended that friendship.

The trailer also features Nicolas Flamel, a friend of Dumbledore’s and the man who created the Philosopher’s Stone. Ezra Miller’s Credence returns in the trailer with more power than ever. Zoe Kravitz’s Leta Lestrange shares a sweet scene with Newt. “You’re too good, Newt. You never met a monster you couldn’t love,” she says.

Eddie Redmayne, Dan Fogler, Katherine Waterston, Alison Sudol, and Ezra attended the panel, as well as Zoe, Jude Law, Claudia Kim, and Callum Turner. Johnny was the surprise guest during the panel. He came as Grindelwald and told the audience: “I do not hate them. I do not. I say the Muggles are not lesser. Not worthless, but of other value. Magic blooms only in rare souls. It is granted to those who live for higher things. The moment has come to rise up and take our rightful place in the world.” Fantastic Beasts: The Crimes of Grindelwald will hit theaters Nov. 16.