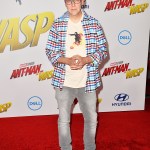 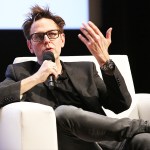 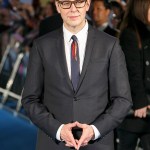 Hollywood director James Gunn is facing major backlash over old, deleted tweets where he joked about pedophilia, rape, and sexual assault towards women. He has since released a lengthy apology. — Warning: graphic content.

James Gunn, 51, Hollywood director known for his work on Guardians of the Galaxy is under fire after numerous deleted tweets of his surfaced of him joking about pedophelia, as well as sexual assault towards women. In the past tweets, Gunn uses graphic and sexual terms, while slamming Oscar Winner Jared Leto, 46, as well as films including, The Expendables. The horrific tweets date back to 2009 through 2011. Gunn has since issued an apology on Twitter, which you can read below.

UPDATE: James has now been fired, according to Variety. He also released the following statement: “My words of nearly a decade ago were, at the time, totally failed and unfortunate efforts to be provocative. I have regretted them for many years since — not just because they were stupid, not at all funny, wildly insensitive, and certainly not provocative like I had hoped, but also because they don’t reflect the person I am today or have been for some time.”

Gunn’s most recent lewd tweet came in May of 2018, when he commented on a tweet made by actor Dylan Sprouse, 25, which read: “Yo @jaredleto now that you’ve slid into the DM’s of every female model aged 18-25, what would you say your success rate is?” Gunn then responded: “He starts at 18 on the internet?” Gunn’s other offensive tweets date back to years ago, such as this one from September 2011: “I’m doing a big Hollywood film adaptation of The Giving Tree with a happy ending – the tree grows back and gives the kid a b— job.” And, another: “I remember my first NAMBLA meeting. It was the first time I felt ok being who I am.”

October, 2009 — “Wondering which Disneyland character would be the worst to get raped by. I think it’s Goofy. But Sleepy would suck too.”

February, 2009 — “The best thing about being raped is when you’re done being raped and it’s like ‘whew this feels great, not being raped!’”

So when James Gunn made those comments about Jared Leto being a pedophile was he just projecting? pic.twitter.com/rVPvw29VXV

Gunn has since taken to Twitter to apologize in a series of five tweets.

“1. Many people who have followed my career know when I started, I viewed myself as a provocateur, making movies and telling jokes that were outrageous and taboo. As I have discussed publicly many times, as I’ve developed as a person, so has my work and my humor.”

“2. It’s not to say I’m better, but I am very, very different than I was a few years ago; today I try to root my work in love and connection and less in anger. My days saying something just because it’s shocking and trying to get a reaction are over.”

“3. In the past, I have apologized for humor of mine that hurt people. I truly felt sorry and meant every word of my apologies.”

“4. For the record, when I made these shocking jokes, I wasn’t living them out. I know this is a weird statement to make, and seems obvious, but, still, here I am, saying it.”

“5. Anyway, that’s the completely honest truth: I used to make a lot of offensive jokes. I don’t anymore. I don’t blame my past self for this, but I like myself more and feel like a more full human being and creator today. Love you to you all.”