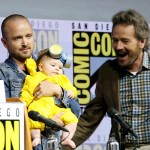 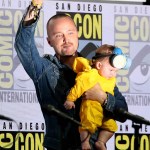 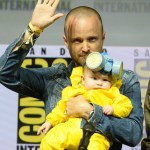 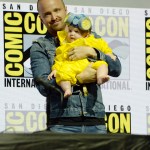 The king of scream is back with an all-new series. Kevin Williamson, Paul Wesley, and James Wolk hit up SDCC to talk about ‘Tell Me A Story,’ the show that’s putting a modern twist on fairytales.

Tell Me A Story is taking your favorite fairytales to places they’ve never been before. The series, which will premiere on CBS All Access, is putting a modern twist on fairytales. Showrunner Kevin Williamson, the man behind Scream, Dawson’s Creek, The Following, and The Vampire Diaries, promised at the show’s first SDCC panel that these stories are “grounded in reality.” The show is set in New York City and will focus on three fairytales in season one: Little Red Riding Hood, Three Little Pigs, and Hansel and Gretel. The stories will all be connected.

Paul Wesley plays Eddie, who is the “exact opposite of Stefan Salvatore [from The Vampire Diaries].” He noted that this new role is “such an opportunity to do something different.” Paul’s character will be a part of the Three Little Pigs storyline, along with James Wolk’s character. James plays Jordan, who is a “very affable guy” and is “beset with terrible tragedy that completely turns who he is.”

This role is Paul’s first major one since The Vampires Diaries, which ended in 2017. Paul said he texted Kevin and told him, “Look, man, I’m in for whatever you do.” He’s excited to play a human with “issues and real problems.” His character has tattoos, so brace yourselves, people. “He’s not stupid, but does stupid things,” Paul said.

Kevin promises that Tell Me A Story is going to be an “emotional thriller.” He added, “If you loved The Vampire Diaries, you’ll like this a lot.” Like his previous shows, Tell Me A Story will “slow down for the emotional moments.” His final tease: “There’s nothing on TV like it.” Tell Me A Story also stars Kim Cattrall, Danielle Campbell, Billy Magnussen, and Dania Ramirez. The show is expected to premiere in October 2018.