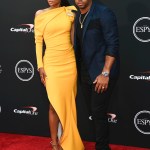 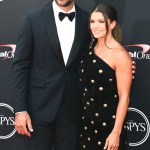 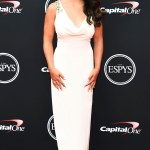 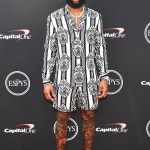 Red carpet couple goals! Ciara and Russell Wilson sizzled on the red carpet at the ESPYS on July 18 in LA! Ciara turned heads in a skin tight yellow dress, while her NFL QB hubby looked handsome as ever in an all black and blue tux! See the power duo at the ESPYS!

Ciara, 32, and Russell Wilson, 29, heat up any red carpet they step onto! And, that’s exactly what happened when they hit the 2018 ESPY Awards at Microsoft Theater in Los Angeles on July 18. Ciara stunned in a curve-hugging yellow gown that lit up the red carpet. The one shoulder number featured a sexy slit that showed off the singer’s toned legs. Meanwhile, the Seahawks quarterback looked dapper as ever in an all suit with a navy blue jacket. Check out the lovebirds below!

While the fashion is always fun, the accessories are a striking way to spice up an outfit. Ciara kept her jewelry on the light side, only donning a pair of earrings to show off with her hair in a slicked-back ponytail up do’. She kept the accessory game minimal and let the dress do the talking, and it worked! From her exaggerated shoulder, to her ankle-strap stilettos, Ciara always does the red carpet justice. And, we can’t forget about her hubby, who sported his best accessory (other than her, of course) his new shoes — Nike Dangeruss Wilson 1. His first shoe collection — available on July 19 — features an all black, high-top design, and they are straight fire! 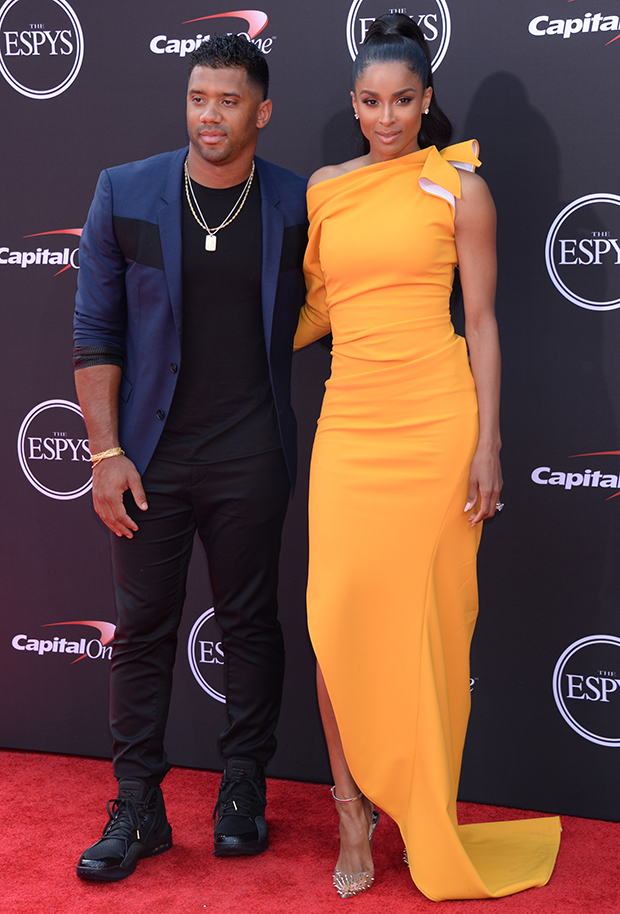 Ciara and Russell Wilson on the red carpet at the 2018 ESPY Awards at Microsoft Theater in Los Angeles on July 18.

Ciara and Russ hit the ESPYS straight off their honeymoon to South Africa, where they saved rhinos and even completed the “In My Feelings” challenge off of Drake‘s latest chart-topping hit.

It’s been quite the week for Ciara and Russell, as they’ve both released different projects they’ve been working to rave reviews. Ciara dropped her new track, “Level Up,” as well as its video, where she shows off her incredible dance skills. She twerks like crazy and pop, lock it and drops it all in the new visual, and we’re keeping out fingers crossed for a followup album! And, as we mentioned above, Russ revealed his new shoe on July 18.

As for her new music, Ciara says there’s a lot more coming! “The party is just getting started, I have much more music for my fans coming,” she said on the ESPYS red carpet. “I want to inspire people to dance… to get better and level up!”

And, for Russ, one of his childhood dreams came true with the release of his shoe. “It’s exciting,” he said on the red carpet. “When you’re a young kid you always dream about having your own shoe…It’s just he beginning… I’m trying to level up my shoe game.” Ciara even quipped that she didn’t see her name on the list of people Russ will send his shoes out to.